Why is DX A Must? The truth behind Japan’s 2025 Digital Cliff

The Reality of Digital Transformation in Japan

One of Japan’s buzzwords in 2020 was digital transformation (DX). While companies around the world have been working on DX, many Japanese companies have only just begun and are said to be lagging far behind the rest of the world.

In Japan, the Ministry of Economy, Trade and Industry (METI), has taken the lead in promoting DX. It is calling on companies regardless of industry to transform their businesses.

There are different levels of enthusiasm in the way companies in Japan regard DX. For some, management has discerned the true value of DX and is taking advantage of the pandemic as an opportunity for change. In other cases, start-up companies that have just been established are finding it difficult to secure talent and are naturally shifting their entire operation to digital.

There are also many companies that have identified DX as a priority but are at a loss as to where to begin in the face of this elusive concept. In contrast, there are also some companies that see DX as just a trendy IT term and feign indifference, claiming it is irrelevant to their business. Considering that in the past, a plethora of IT terms has been touted to no avail, it may be understandable that Japanese companies carry this attitude.

In this article, we will explain why the implementation of DX is necessary by unpacking the reality of Japan’s business situation. We will also discuss the imminent problem Japan will soon face– the 2025 Digital Cliff.

Japanese companies are being called upon to transform

Before we look at what the Digital Cliff of 2025 is, let’s take a look at DX. In its July 2019 report, called the  DX Promotion Indices, METI defines DX as follows:

“It is the process by which companies respond to rapid changes in business, using data and digital technology to transform their products, services, and business models based on the needs of customers and society, as well as to transform the business itself, the organization, processes, and corporate culture to establish a competitive advantage.”

To summarize, it means using information technology to improve the efficiency of business operations while also transforming the way organizations are run. This transformation can then lead to stable profit generation. It is important to note that the goal of DX is not simply to improve business efficiency but to transform the business.

Japanese companies have been improving their operational efficiency and reducing costs for a long time already. In the midst of a rapidly changing situation that is forcing companies to shift gears to the point of transformation, challenges around governance and sustainability are likely to surface.

As business becomes more globalized and competitive, the emergence of new business models has led to a so-called “digital disruption,” where existing businesses are forced to withdraw from the market. From the user’s perspective, this can be seen as the creation of new services. For example, the music industry is shifting from CD sales to subscription services, and the emergence of UberEats is changing the way we eat out, take out, and deliver food in Japan.

If we look at DX in a positive light, we can think of it as a way for companies to present new value for their consumers opposite the players causing digital disruption.

In Japan, however, there is another reason why DX needs to be promoted. That is the anticipated digital cliff of 2025.

In 2025, the challenges of Japanese companies will all surface

The “2025 Digital Cliff” is part of the subtitle of a DX report released by METI in September 2018. It points to the different risks Japanese companies continue to face. The full subtitle reads, “Overcoming the ‘2025 Digital Cliff.’ Involving IT Systems and Full-fledged Development of Efforts in Digital Transformation.”

The 2025 Digital Cliff is a combination of human resource and technological risks for Japanese companies and is said to be an obstacle to their growth. In addition, the report asserts that if the digital cliff is left unchecked, the Japanese economy will lose up to 12 trillion yen annually by 2030.

By 2025, the shortage of human resources in IT will double to about 430,000. More than 60% of core systems will have been in operation for more than 21 years. The mainframes will also be deteriorating. The challenges Japanese companies face now are expected to become more serious at once.

As indicated in the report, it is believed that the issues Japanese companies are encountering now will become more serious all at once. The 2025 digital cliff is not an outside factor, but rather a possibility that several issues that have been postponed will erupt all at once in 2025. 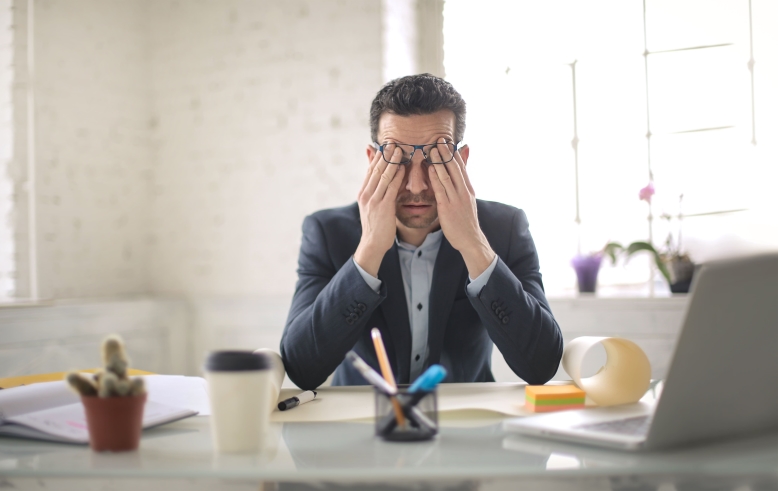 In this section, we will explain the risks of the 2025 digital cliff that Japanese companies will face with regard to IT systems and human resources.

The METI DX Report points out that in many companies, existing systems have become legacy systems. The definition of a legacy system, taken from the report, is “a system that has problems such as aging technology, system complexity, and black boxing. As a result, it is a burden on management and business strategies and causes high infrastructure costs.”

To simplify, companies have traditionally ordered their core systems from vendors and spent a lot of time and money building their own dedicated systems. This is the so-called on-premise core system, in which hardware such as servers and communication lines are installed and operated within the company.

The crux of the problem is that the on-premise core systems have become legacy systems. Because the systems are solely used by one company, every time new hardware is introduced or the system is linked to another system, it becomes more complex. And if a problem occurs, it is not easy to fix it.

In addition to the cost of maintenance and operation of these core systems, the enormous cost of reviewing the entire system when it is no longer supported is also an issue. Moreover, it’s difficult to know whether a company’s core system is outdated (legacy).

The METI DX Report points out that as long as a system can be used on a daily basis without maintenance, it is difficult to realize when it has become legacy. Legacy is discovered when the limits of hardware and package maintenance are reached. In other words, its legacy status may only be realized when a problem occurs in the system, but by that time, it may have become a black box.

The report also mentions the aging of core systems.

2. Lack of IT Human Resources

In Japan, some companies have departments such as an Information Systems Department that are well versed in the company’s systems. However, the employees who have a deep understanding of the specifications of aging systems are approaching retirement age, and it is difficult to secure employees with the ability to use outdated programming languages. Younger IT engineers may be assigned to maintain aging systems, but this would be a step backward for younger people who would be unable to demonstrate their knowledge of the latest technology.

According to the METI DX Report, there was a shortage of about 170,000 IT personnel in Japan as of 2015, and that shortage is expected to grow to about 430,000 by 2025. It is feared that the impact of this shortage will be cybersecurity, system issues, and data loss due to the absence of personnel who can handle system maintenance and operation.

This brings us to the three reasons why the year 2025 is considered problematic: first, the aging of IT systems used by Japanese companies; second, the lack of support for core systems that have been adopted by many Japanese companies; and third, the retirement of those in charge of IT system maintenance. In Japan, the year 2025 will mark a major turning point, and the METI is sounding the alarm by calling it the 2025 Digital Cliff.

The Digital Governance Code will set Japan’s DX in motion

The IT system and human resource challenges are collectively referred to as the “2025 problem” in Japan. In order to solve these issues, DX is necessary.

To address such issues, METI has created the Digital Governance Code. The certification system was announced in November 2020 to encourage companies to autonomously and voluntarily advance their DX initiatives.

By making companies’ DX achievements visible to its stakeholders, the Digital Governance Code attracts investment and talent as well as business opportunities. The five principles for certification require strong leadership by management, meaning that active management is essential for certification.

In September 2019, an authoritative committee on digital governance organized by METI released a review on the development of the digital governance code. According to the report, the five principles of the Digital Governance Code are as follows.

If the Digital Governance Code receives a certain level of recognition as a way to appeal to investors, the DX movement will likely gain stronger traction.

Many Japanese companies are now being asked to change. They must overcome the impending 2025 digital cliff not by the efforts of a few departments, but by the involvement of the entire organization. The time to turn a pinch into an opportunity is now, and the way Japanese companies respond in the years leading up to the cliff will determine their future.