What companies are doing to improve gender equality in Japan

Yoshiro Mori, who was then serving as the chairman of the Tokyo Organizing Committee for the Olympic and Paralympic Games, made a disparaging comment towards women in February 2021 that was then picked up by Japanese and overseas media.

The ensuing protests on social media are likely what led to him renouncing his statement. At first, it did not seem like the issue would be such a big deal– an apology was issued the next day, the International Olympic Committee (IOC) stated that the problem was dealt with, and the Japanese government echoed this statement. However, as the embassies of various countries situated in Japan took action to question the statement, and as celebrities and athletes raised questions on social networking sites, the criticism grew louder.

Worldwide, awareness of gender inequality is growing, and the discussion is expected to become more active in Japan going forward. One such example is the value of “genderlessness” (a concept that seeks to eliminate social and cultural gender differences based on sex). Japanese society will likely need to get more serious about tackling the challenges created by these societal shifts.

Where does Japan rank in the gender gap index?

Regarding employment, Japan’s Equal Employment Opportunity Law (officially: Act on Securing, Etc. of Equal Opportunity and Treatment between Men and Women in Employment) was enacted in 1985 and came into effect the following year. However, the advancement of women is not as progressed in Japan as in other developed countries.

One of the indicators to measure the gender gap in each country is the Global Gender Gap Report published annually by the World Economic Forum (WEF). According to the report released in March 2021, Japan ranks 120th out of 153 countries. It is the lowest among the G7 countries, and is lower than other major Asian countries such as China (107th) and South Korea (102nd).

The numbers are particularly low in the political field, with women making up about 10% of the Diet, the lowest level in the world. In the economic field, the percentage of female executives and managers is also conspicuously low for a developed country, at about 15%, while the percentage of women working part-time is about twice that of men, indicating a large gender gap.

Professor Hiroko Akizuki of Asia University, who is also a member of the United Nations Committee on the Elimination of Discrimination against Women, stated in the Tokyo Shimbun (TOKYO Web) that the biggest problem is the gender disparity in the political field. Professor Akizuki noted that women account for less than 10% of the members of the House of Representatives in Japan and the “Act on Promotion of Gender Equality in the Political Field” does not include any penalties. Special temporary measures, such as the implementation of a quota system, should be taken to allocate a certain percentage of women as political leaders. She added that in order to change society, the parliament, which creates laws and systems, must be changed.

Awareness of the need for gender equality is growing around the world. Among them, in European countries where the gender gap is said to be smaller, each country has been working to realize gender equality. In recent years, the EU has taken the lead and is actively working to further correct the situation.

One such initiative is the Strategic Engagement for Gender Equality 2016-2019, which was launched in 2015. This is an EU-wide initiative to promote female employment, reduce the gender pay gap, and ensure gender equality in decision-making positions.

For example, the EU has set the goal of raising the employment rate of people aged 20-64 from 69% to 75% in the “Europe 2020” strategy. In order to achieve this goal, increasing the employment rate of women is essential. Therefore, it is necessary to minimize the gap between men and women in terms of time spent on free labor such as housework, childcare, and nursing care, which women have primarily been engaged in historically. The report calls on countries to create a system that allows for flexibility in labor structures and one that allows for men and women to share maternity/fraternity leave.

In reducing the wage gap, the organization has also implemented the European Equal Pay Day to raise awareness, and strengthened its system to allow employees to seek justice in cases of gender wage disparity. Furthermore, it is promoting a balanced ratio of men to women in decision-making positions, such as increasing the percentage of women on the boards of major listed companies to at least 40% by 2020.

These efforts have produced some positive results, with major EU countries ranking high on the Global Gender Gap Report. However, the EU still has not achieved gender equality among its member states, and in 2020 announced the “Gender Equality Strategy 2020-2025” as a further measure. 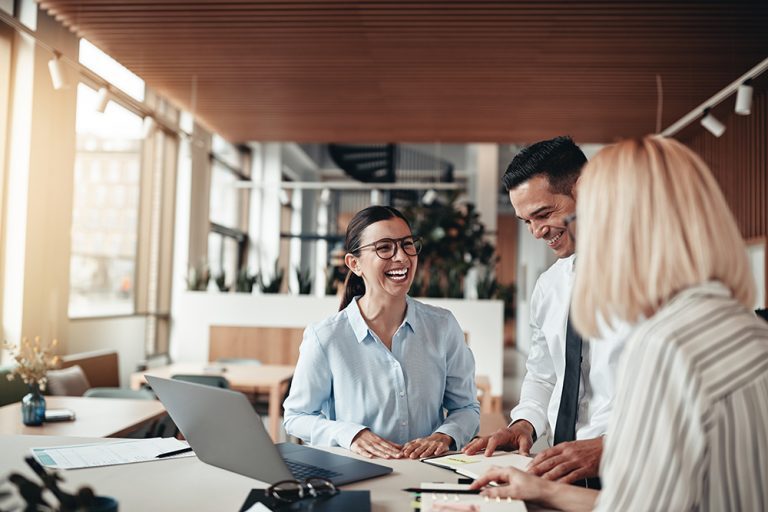 Efforts to rectify the gender gap are also underway in Japan. In 2014, the “Headquarters for the Creation of a Society in which All Women Shine” was established by the government, with its members consisting of every cabinet minister. The following year, the Law for the Promotion of Female Participation (officially known as the Act on the Promotion of Female Participation and Career Advancement in the Workplace) was enacted to require companies to create an environment where women can work comfortably. In 2016, the Equal Employment Opportunity Law and the Child Care and Family Care Leave Law were also amended.

In addition, the Japanese government amended the Act on the Promotion of Female Participation and Career Advancement in the Workplace in 2019, expanding its scope from “companies with 301 or more employees” to “companies with 101 or more employees,” requiring small and medium-sized companies to improve their workplaces. The Ministry of Health, Labor and Welfare has also established the “Eruboshi Certification,” which is given to companies that promote female participation, to further encourage Japanese companies to promote women.

According to the “White Paper on Gender Equality 2020” published by the Gender Equality Bureau of the Cabinet Office, there has been a remarkable increase in the employment rate of people aged 15-64, especially among women. As of 2019, women accounted for 18.9% of section heads, 11.4% of section chiefs, and 6.9% of directors.

However, as mentioned earlier, Japan is currently ranked the lowest among developed countries in the WEF gender gap report. In addition, in the White Paper on Gender Equality 2020, the data comparing the gap in employment rates between men and women in OECD countries shows that Japan has the seventh largest gap after Turkey, Mexico, Greece, Chile, South Korea, and Italy. In order for Japan to transform itself into a gender-equal society, active interventions such as further legal amendments and the introduction of a quota system may be necessary.

What specific efforts are being made by companies in Japan to promote the participation of women? In this section, we will take a look at the case studies of two pioneering companies.

IBM Japan has been ranked No. 1 overall in the 2020 edition of “Best 100 Companies for Women” by Nikkei WOMAN, a career information magazine for women, and the Nikkei Womanomics Project, a website that encourages female participation in society. The company began actively recruiting women in the 1960s, and has focused on creating a female-friendly environment from early on. For example, it introduced a maternity leave system in 1985, even before the Japanese government enacted related legislation.

In 1998, IBM reaffirmed its commitment to supporting the further advancement of women and launched the Japan Women’s Council (JWC) with the goal of increasing the number of women in executive positions. Since 2000, the percentage of female new graduates has increased to 40%. It also aims to increase the percentage of women at a managerial level or above to 21% by the end of 2021.

In addition, in order to increase the number of female employees and those in positions of power, the company introduced a telecommuting system in 1999 to help employees balance work with childcare and nursing care. In 2004, it implemented a system that allows employees to choose shorter working hours. The company also started a flexible short-time work system without core hours in 2009, and established an in-house nursery in 2011. With the implementation of such policies, the company is actively supporting female advancement.

Shiseido has also been ranked number one overall in the aforementioned “Best 100 Companies for Women” list for three consecutive years, from 2014 to 2016. Since 1990, the company has adopted various systems and measures to enable employees to balance work with childcare. This includes the implementation of a maternity leave system, which came before governmental legislation, as well as the establishment of on-site nurseries.

The company has been promoting female participation since 2004, and in 2017 it started the Next Leadership Session for Women, a training program for female employees aspiring for senior management positions with a focus on the unique concerns and challenges of female leaders. As a result, women make up 33.1% of managers within their subsidiaries in Japan as of January 2020 and 46.2% of directors and auditors as of April 2020, far exceeding the average for Japanese companies.

Other efforts include reducing long working hours, which are a barrier to women’s success, and reforming work styles with an emphasis on work-life balance.

The importance of not just improving the system, but creating a conducive environment to women

The realization of gender equality requires not only the further advancement of women in society, but also the improvement of imbalances around income and decision-making positions. To achieve this, it is necessary for the government to take the lead in establishing laws and regulations.

In 2013, former Prime Minister Shinzo Abe proposed a “Womanomics Strategy” to increase the percentage of women in leadership positions to 30% by 2020. However, this did not go as promised, and in 2015 the target was reduced in some cases.

Even with institutional developments, if the environment is not conducive to women wanting to work and be involved as decision makers, female advancement in society will not progress, not only in Japan but all over the world. The simultaneous improvement of internal company structures, adjustment of employee mindsets, and the creation of an environment that allows both men and women to work comfortably will surely lead to a foundation for gender equality.