Steve Jobs poured his imagination into the Pixar office

“Steve Jobs wasn’t involved in making the movies, but he built this office using the same budget and the same amount of time as one of our movies. In a sense, this is his movie.”

The Pixar headquarters was built in the small but redeveloping town of Emeryville across the bay from San Francisco in 2000. A massive legacy of Steve Jobs, the office was already ahead of its time in the late 1990s when he deliberately created an office that would generate collaboration and innovation. Today, the building remains unchanged.

Pixar revolutionized the worlds of film and computer-generated graphics with Toy Story in 1995. Since the Disney buyout in 2006, Pixar has rebuilt the corporate culture and recovered sales for Disney while still producing films as an independent production company. What kind of ingenuity is concealed in the office that supports such a company? In this article, we will take a fresh look at this great office, which has gone down in the history of office design. 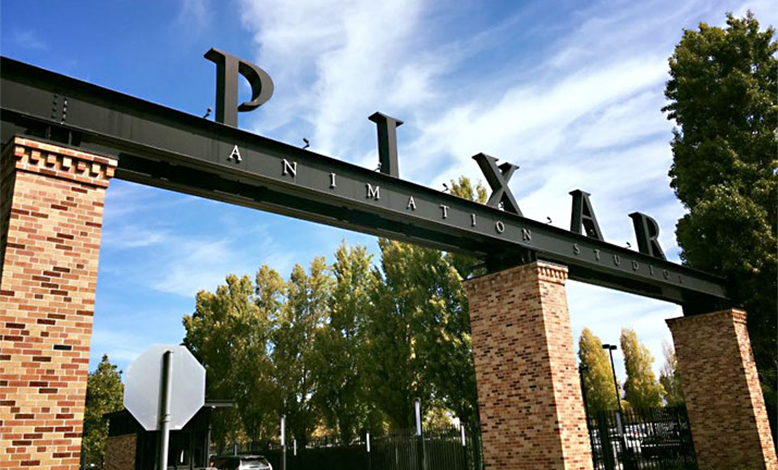 The history of Pixar Animation Studio started in 1986 when Steve Jobs bought the computer animation department from Lucasfilm and set up an independent hardware and software company. At the time, John Lasseter, the current Chief Creative Officer, was making short films to demonstrate the company’s products and this became the inspiration for producing movies. Starting with the hit movie Toy Story in 1995, Steve Jobs’ talent for technology balanced with art unfolded as a tale of innovation in the film industry.

Many film studios are based in Hollywood, but Pixar located its office in the small town of Emeryville in the San Francisco Bay Area because it started out as a technology company. As a result, the company created a workspace that was different from those of other film studios and this space became its strong point.

Today, the most prominent of the four Pixar facilities is the Steve Jobs Building, formerly simply referred to as the main building. The design is by Bohlin Cywinski Jackson, an architectural practice who also had a hand in the design for Bill Gates’ residence in Washington State. After buying the company, Steve Jobs was appointed chairman but he was not directly involved in making films. Instead, he handled the office design. This is the context for the quote attributed to John Lasseter at the start of this article. 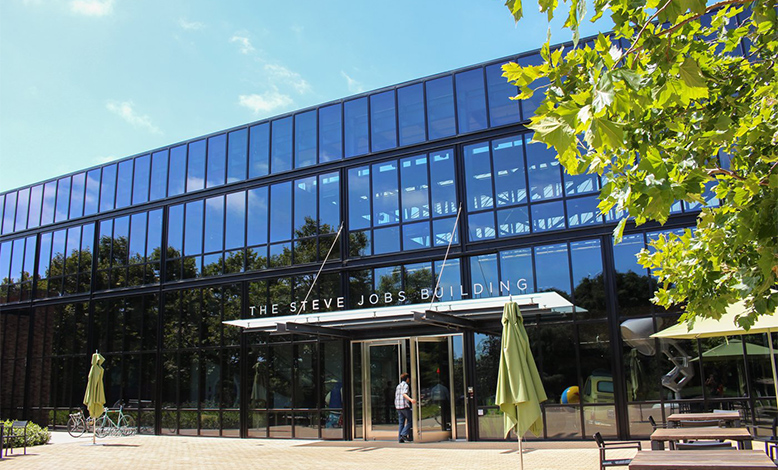 Jobs demanded that the office design should promote encounters and unplanned collaborations among colleagues. He was thinking about the office design we see today already in the late 1990s—a fact that is now a well-known anecdote about his ability to anticipate the future.

The workings of the company that Steve Jobs built

The original design proposal planned for four buildings with employees separated into different disciplines—one building for the computer scientists, another for the animators, and a third building for everyone else. But Jobs, who was fanatical about the idea of unplanned collaborations, wanted all employees under one roof. The end result was one large building.

The Atrium, the huge central space where you first find yourself after entering the building, was designed with the expectation that all employees and visitors would naturally mingle here. The design reflects the left and right sides of the human brain with the creative offices on the right side and the technical offices on the left side of the central space. Situated in the middle between these two, the Atrium represents the collaboration that happens when art and technology intersect. It is as if the human brain generates innovation in this central area. 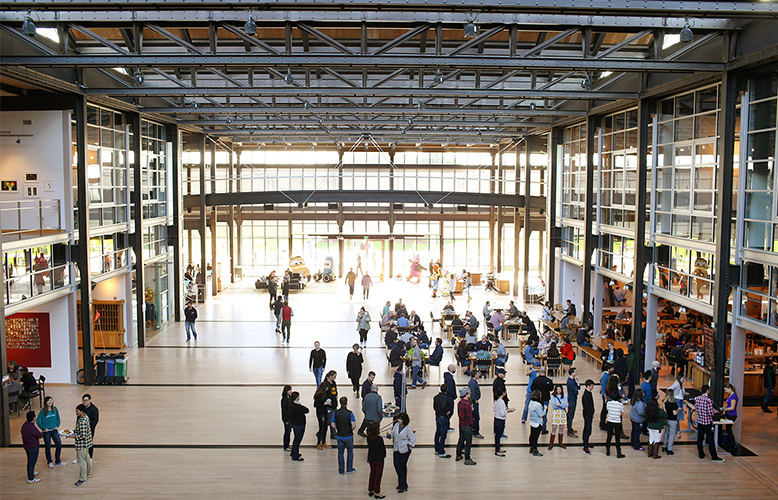 The Atrium in the Steve Jobs Building (image courtesy of Spotlight)

In the Atrium, it is possible to see evidence of the designs that Jobs employed to direct employee traffic here quite spontaneously. The staff mailroom, cafés, table football and gym facilities, and the cinema are concentrated in the central space. The only toilets in the office are also installed here so the Atrium has an embedded structure that creates conversations when employees and visitors cross paths.

Edwin Catmull, president of Pixar since the company was founded, values the Atrium, saying, “When something good happens, because of the strong center, then it spreads out, quickly, to the rest of the building.”

Obsessed with every detail of the office

The Atrium is not the only area where Jobs put in a lot of work. At the design stage, he knew that he wanted a space that felt like the Musée d’Orsay in Paris and he sought out the kinds of designs that are still recognized when times change. He was also obsessed with the materials and colors used in the office. 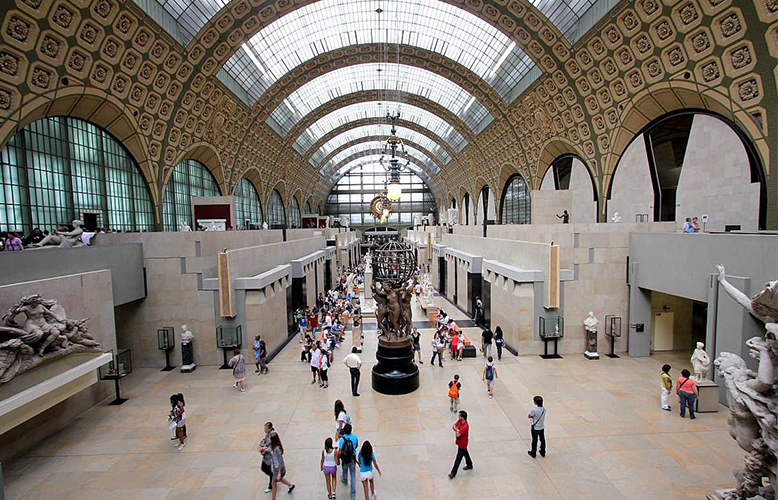 The interior of the Musée d’Orsay (courtesy of Askideas)

The entire steel frame is bead-blasted cold-rolled steel that has been bolted, not welded, together as per detailed instructions. Since the steel frame is exposed, Jobs ordered samples from factories all over the United States to verify the best color and feel, finally choosing a manufacturer based in Arkansas. Not only did he specify that the steel should be blasted into a natural color, but he also sent instructions to the transport company to make sure they did not damage the steel in the slightest.

He was also meticulous about the brick walls. Jobs liked the Hills Brothers Building in San Francisco and he really wanted to reproduce the color palette of those brick walls on the exterior of the office. He contacted a company in Washington State that said it would match the colors as best they could, but to get what he wanted he repeated the process of trial and error until the company was on the verge of cancelling the order. His attention to detail is particularly visible in the darkest bricks in the photograph. They were used on both the interior and the exterior of the building.

The commitment that Jobs showed is still passed down to Pixar employees. For example, on their first day on the job, employees are given their own rooms, which they can decorate in any style they want. If you’re a creator, the ability to express ideas is something desirable. 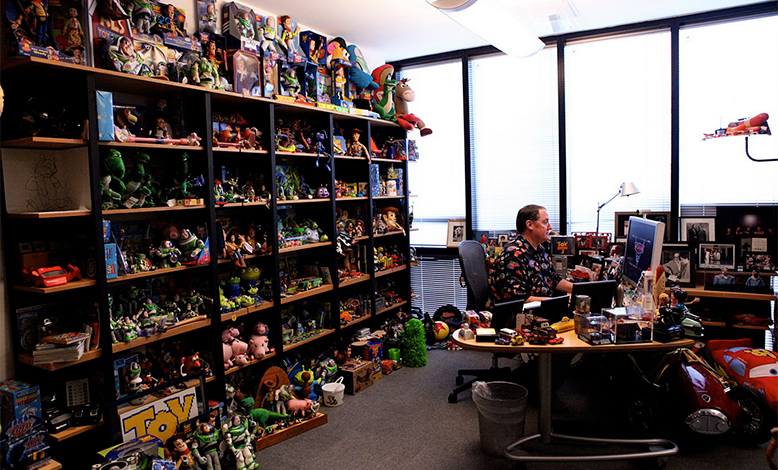 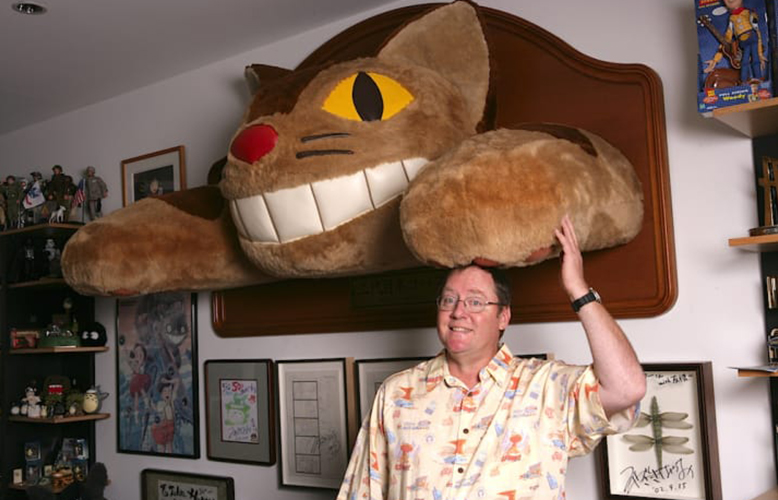 More elaborate than anyone else’s, John Lasseter’s room is famous not only within, but also outside the company. The room is filled to the brim with Pixar toys as well as Ghibli toys from his friend Miyazaki Hayao. John Lasseter’s office (photographs courtesy of Pixar Planet and BuzzFeed)

Since a lot of the work that the employees do is fairly simple and involves sitting at the computer and clicking the mouse, the company tries to alleviate the stress that builds up from repetitive movements and postures by inviting ergonomics specialists to visit the office on a weekly basis.

Initiatives to improve employee creativity also extend to the grounds outside the building. As well as a fitness center, there are also basketball courts, beach volleyball, jogging tracks, a soccer field, and an Olympic size pool. There are also fields where the office chef grows food, and expansive gardens. The design for the grounds is by Peter Walker Partners who handled the Stanford University campus, the United States Embassy in China, the National September 11 Memorial, and the Toyota Municipal Museum of Art. There are also many areas where employees can refresh their minds if they hit a dead end at work. 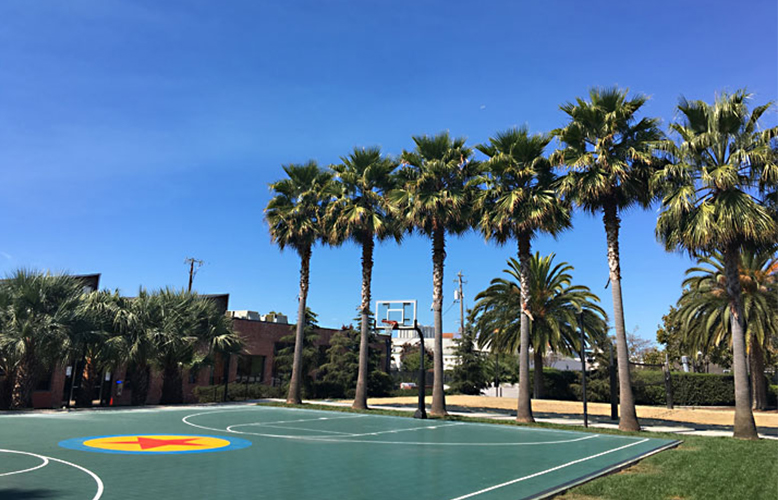 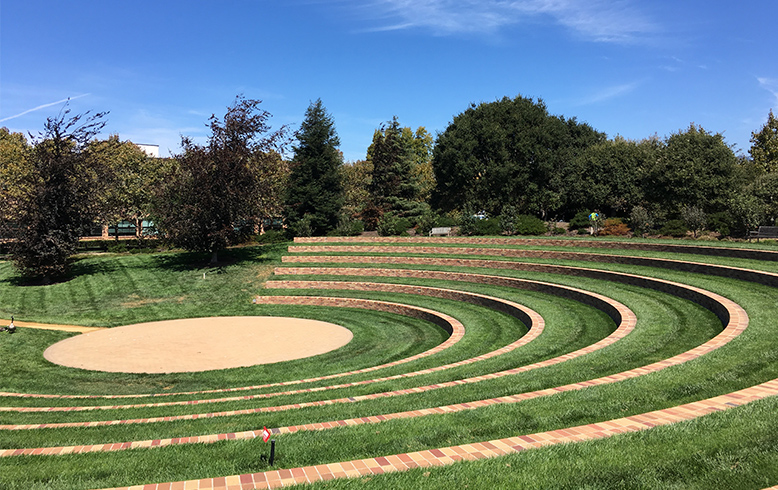 The purposefully designed office carries on the corporate culture

Pixar continues to constantly inspire employees through this office.

The Pixar University professional development program is a prime example. The program provides an environment where it is always possible to learn something new—employees can study scriptwriting, painting, movie production, and other subjects free of charge. Compared to the Hollywood film studios that tend to employ people short-term to work on a single movie, employment at Pixar is long-term and there are initiatives to enhance the creativity of employees during “downtimes,” the off-periods between films.

In recent years, interior design groups and architectural practices such as Huntsman Architectural Group and Gensler have handled the expansion at Pixar, but Jobs’ principles with regard to the Pixar office remain unchanged. Not forgetting the environmental aspects, the company has obtained silver certification under the LEED rating system. Employees picking herbs in the garden before going home is something you only see at Pixar.

Related article: What is the WELL Building Standard for healthy offices? (Part 1)

Steve Jobs introduced the Atrium as a design that would be recognized for its value for years to come. There is no doubt that it is widely known as an exemplary office space for generating collaboration. I hope to continue to blog about such offices in the future. 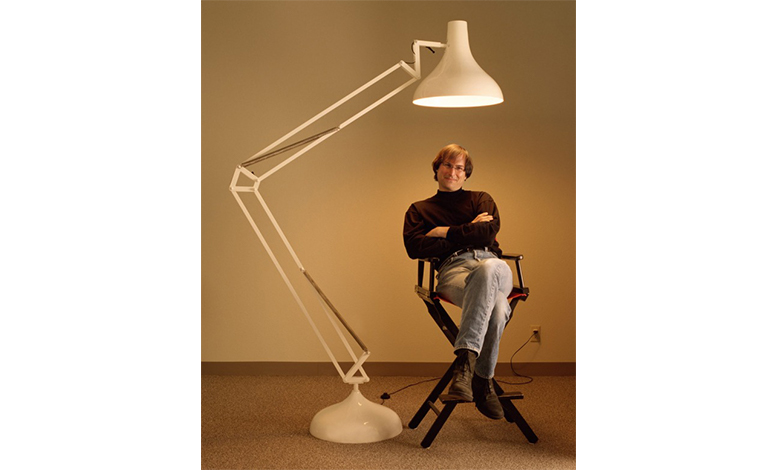