Translated by Alexandria Hill
In recent years, the importance of offices in corporate management has increased, and managers are increasingly playing a central role in building offices. So this time we’ll focus on the offices where managers are particular about details and convey the ideas and thoughts of managers in offices as a series of three offices.

This time I visited Fringe81 which operates a wide range of businesses, including the advertising agency business and media revenue support. In 2017, they entered HR tech with Unipos, a service that sends out bonuses called “Peer Bonus” where employees express appreciation and praise for each other’s daily work. They’ve been attracting attention among venture companies for their unprecedented approach to work on new businesses without hesitation.

“I think venture is the pursuit of uniqueness.” Yuzuru Tanaka, the company’s vigorous representative, speaks strongly for the company’s renewed brand ideology (August 2018) called “Be an Explorer” which demands a thorough and unique approach in the office environment. Despite delegating most of the authority of the president in management to each department in the company, he is very particular about the office design, as well as system design and IR, stating that, “Everything will be done on my decision.” What’s inside their Sumitomo Real Estate Roppongi Grand Tower office where this growing company will move to in February 2019? I had the chance to speak to Tanaka. 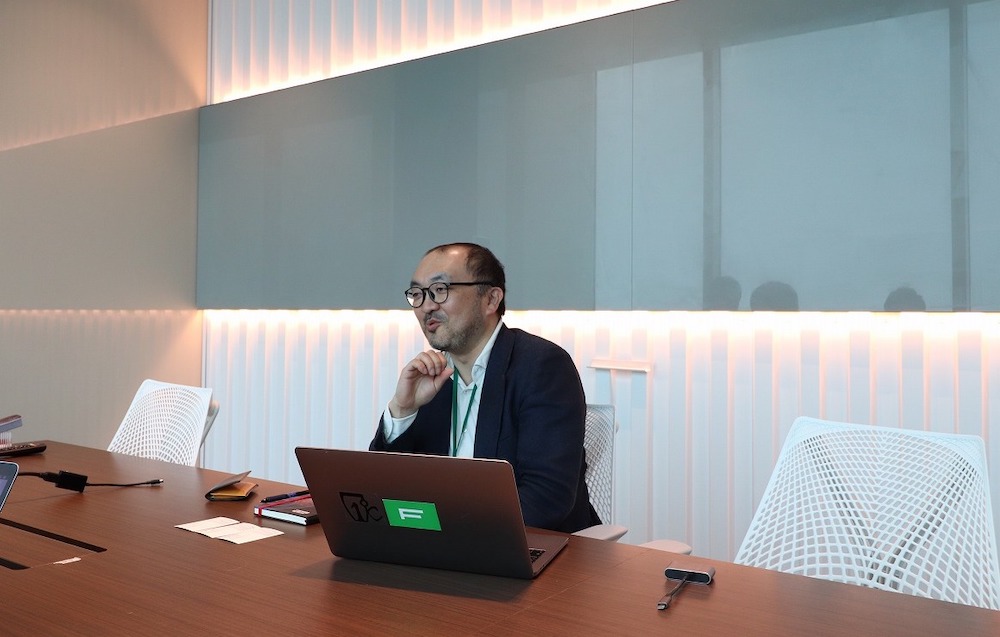 Mutual Understanding and Frankness: The Basis for Flow

An impressive office with a sophisticated design from the entrance. The point that Tanaka was particular about throughout this space is the space where “mutual understanding” and “frankness” are born. The theme is to create an environment where employees and executives in the office can spend their downtime, transcending departmental and organizational boundaries. 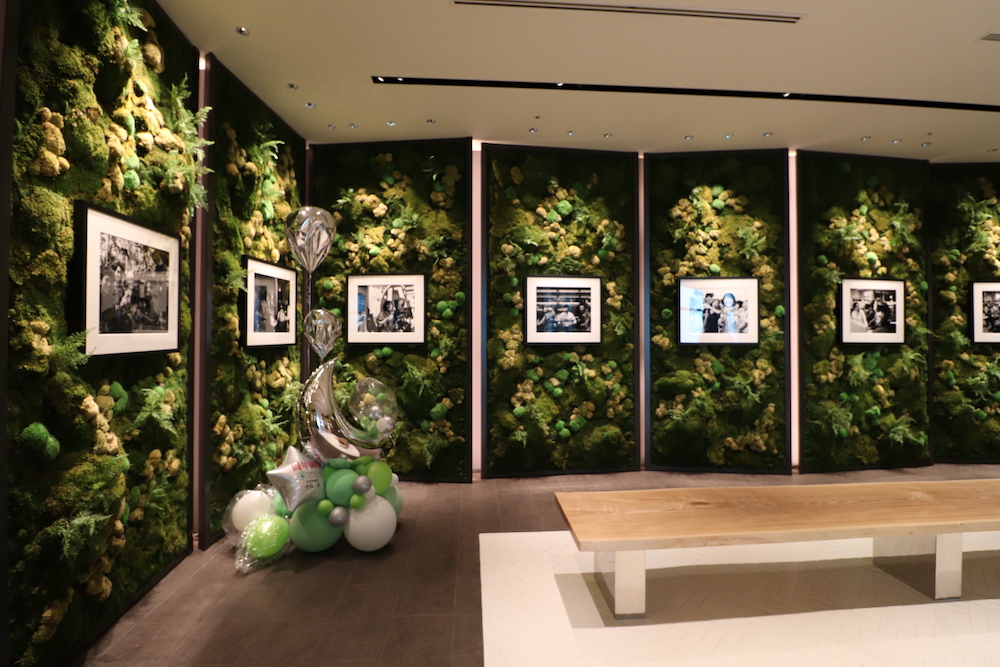 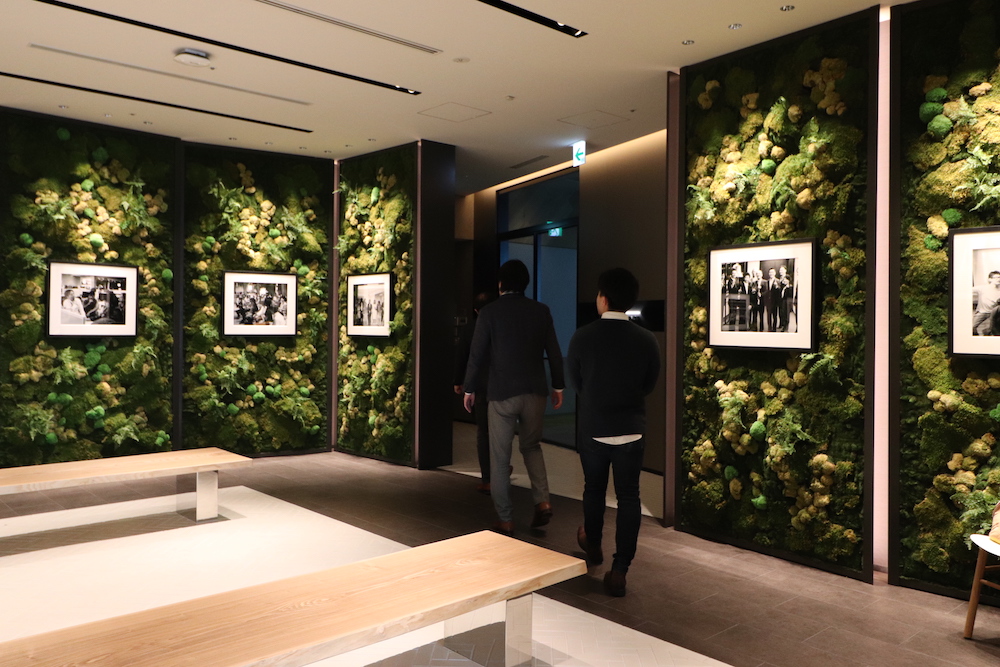 The many photos of employees taken by Tanaka decorate the walls.

The mechanism for this purpose can be seen from the design for office foot traffic and flow.

First is the position of Tanaka, the president. In order to avoid the situation where the president stays in his own room where he forgets he even exists, Tanaka does not create a private room exclusively for the president but instead places his desk near the cafeteria corridor where employees often go. In addition, he does not have a dedicated desk area for executives, and he works at the same desk as other employees. Tanaka’s idea that “the authority and gravity of the position are utterly ridiculous,” is clearly displayed by the desk arrangement. 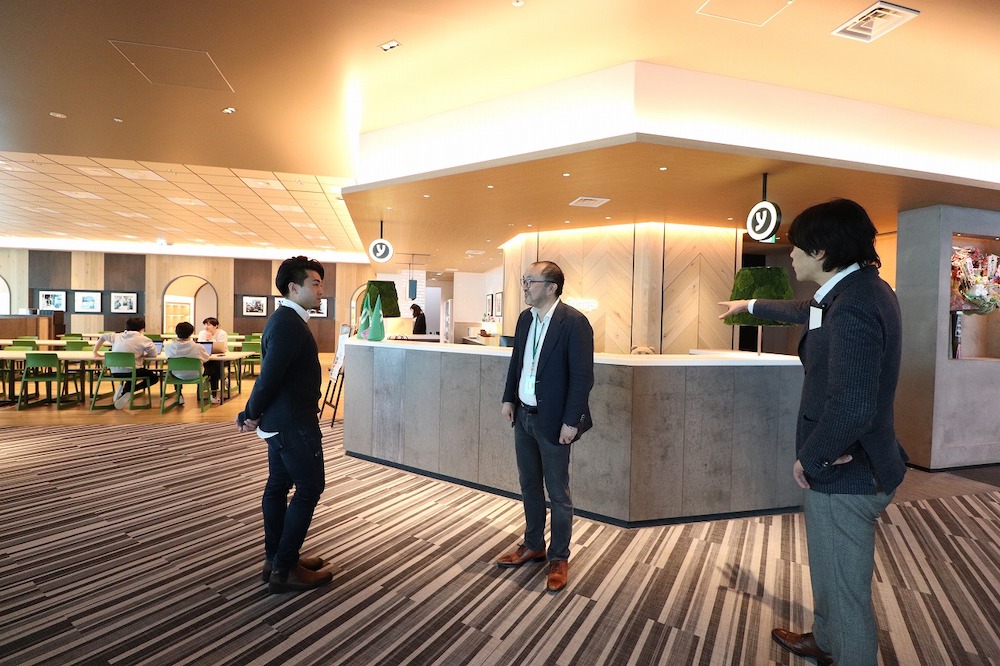 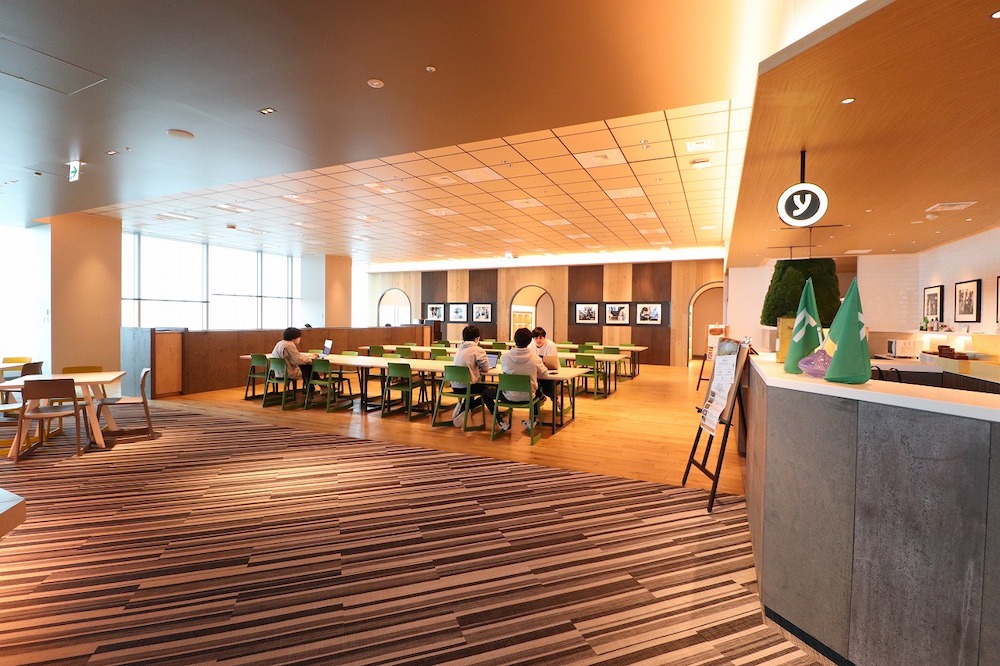 In front of Mr. Tanaka’s desk is an open space where many employees gather 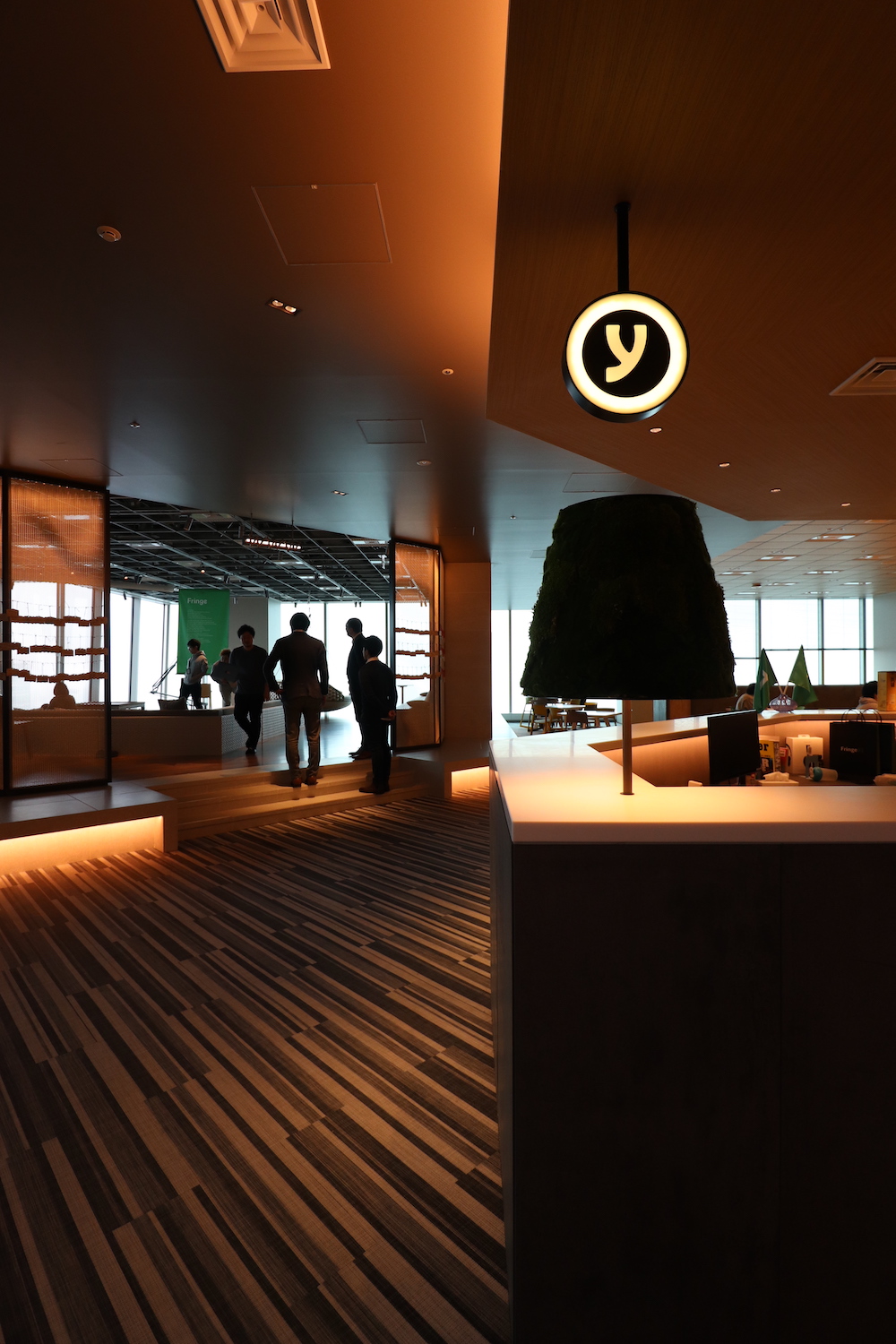 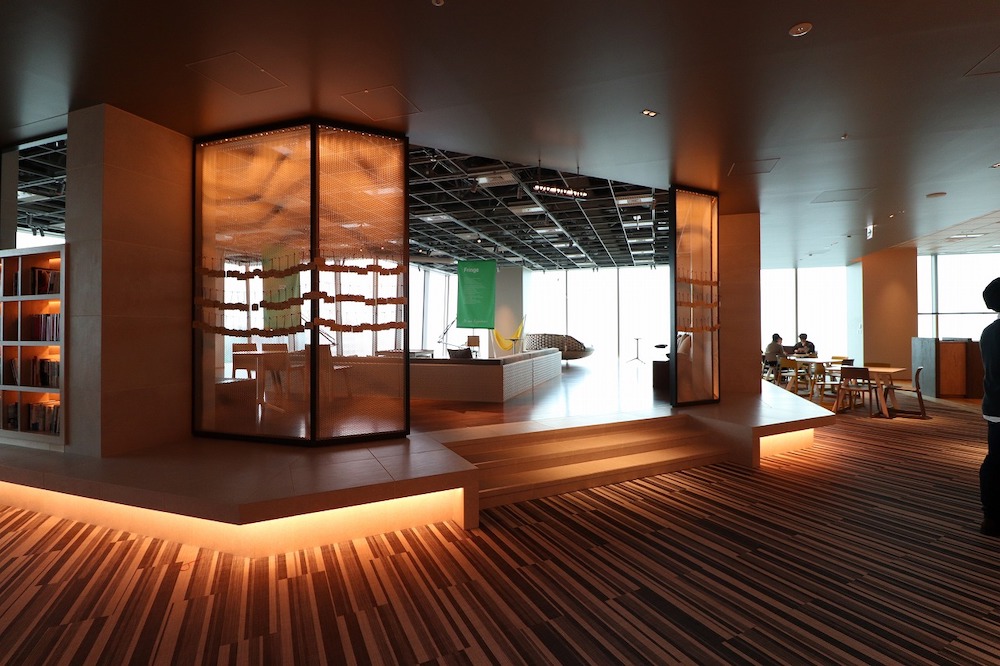 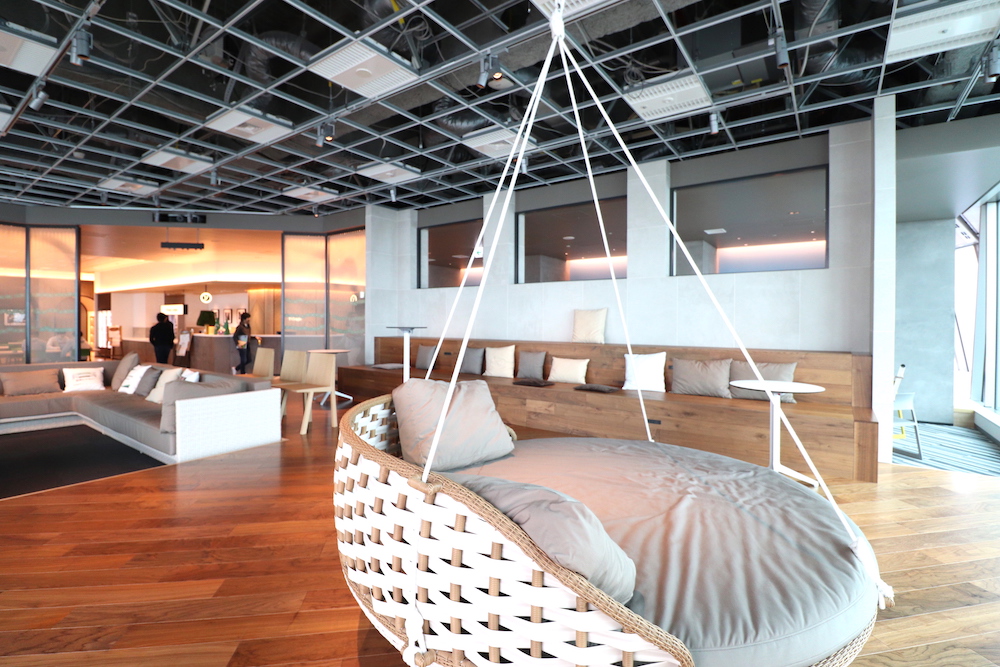 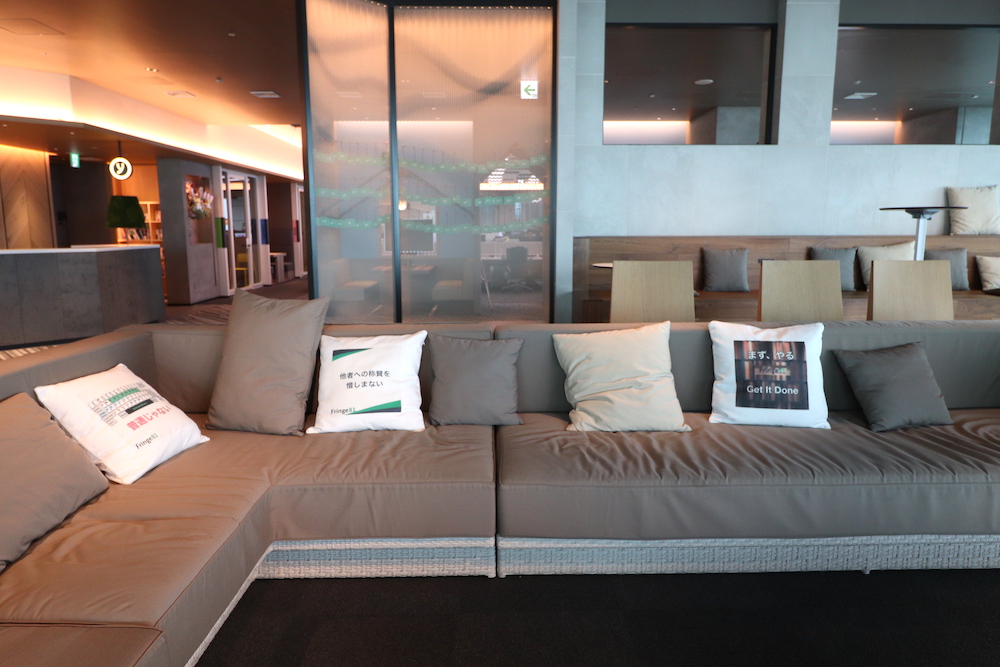 Even cushions reflect the corporate culture

Next Page: Further Ingenuity on the Flow of Lines