The Reason We Stick to Uniqueness: “I am afraid that a company will grow and become an ordinary company”

It’s important to note: Tanaka obsesses about the uniqueness of the company. This is because he is afraid that everything will calm down and become an ordinary, boring company as Fringe 81 now has over 200 employees. As venture companies experience more funding and staffing as they grow, the unique culture of the company is often lost imperceptibly. That is why it is necessary to maintain a state that is “not normal” and “not boring.”

For example, Fringe81 has been revamping its service options in multiple areas since its launch in 2005, when Tanaka decided that the company’s vision, culture, and brand concept were no longer compatible with the previous one. And 2018 marks the 4th anniversary of the company’s announcement of a new brand concept. As the corporate vision changes with the growth of the company, the office has been redesigned at an astounding rate of every two and a half years.

“Facilities are facilities. Visions are visions. We don’t think that way. We believe that when you put out a vision it must be thoroughly integrated with the facilities.” In the pursuit of uniqueness, Fringe81’s unusual attitude can be clearly seen from the cycle of breaking and recreating the offices of global designers for two and a half years. 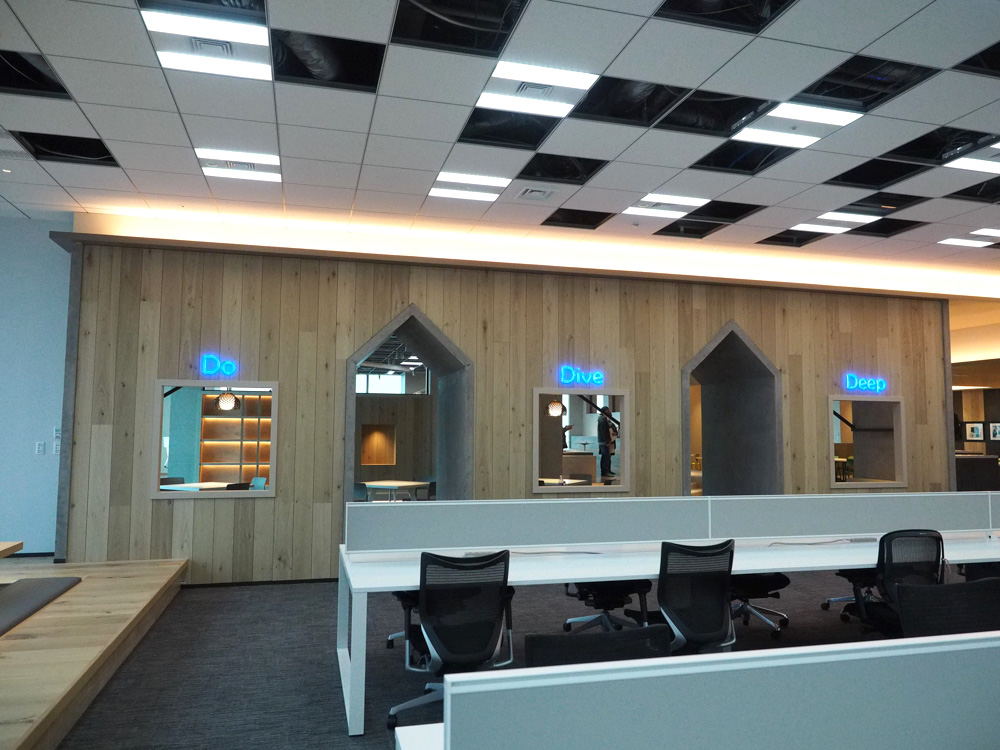 The corporate values “Do,” “Dive,” and “Deep” are placed near the office desks assigned to each employee in a position easy to see.

From the Selection of Materials to Cost Estimates

Tanaka says that the larger the company, the more difficult it is to maintain its uniqueness, while the office environment becomes more critical as the number of people increases. This is the place to express the Fringe81 brand most. That is why contrary to the many authorities delegated up to now, office design is “something that absolutely must not be forfeited.” Everything from the selection of furniture and materials to the estimated price is checked and executed by one person – himself.

Tanaka was particular about the details of the “hako” or boxes. How to use it is left to the employees.

Tanaka says that what he wants employees to feel throughout the office is a sense of “freedom in a restricted environment.” For example, after 6:30, you can drink alcohol provided by the company inside the office freely after clocking out and joining others in the open space. How much “freedom” can be provided in an environment where rules must be prepared to some extent, and how can employees use that freedom on their own? This is what motivates employees to become more self-reliant and contributes to the growth of the company.

Tanaka wants his employees to “create a wonderful company together” rather than “create a good company for others to join.” In that sense, the ideal office would be an environment where “if you provide freedom, everything else will arbitrarily fall into place.” 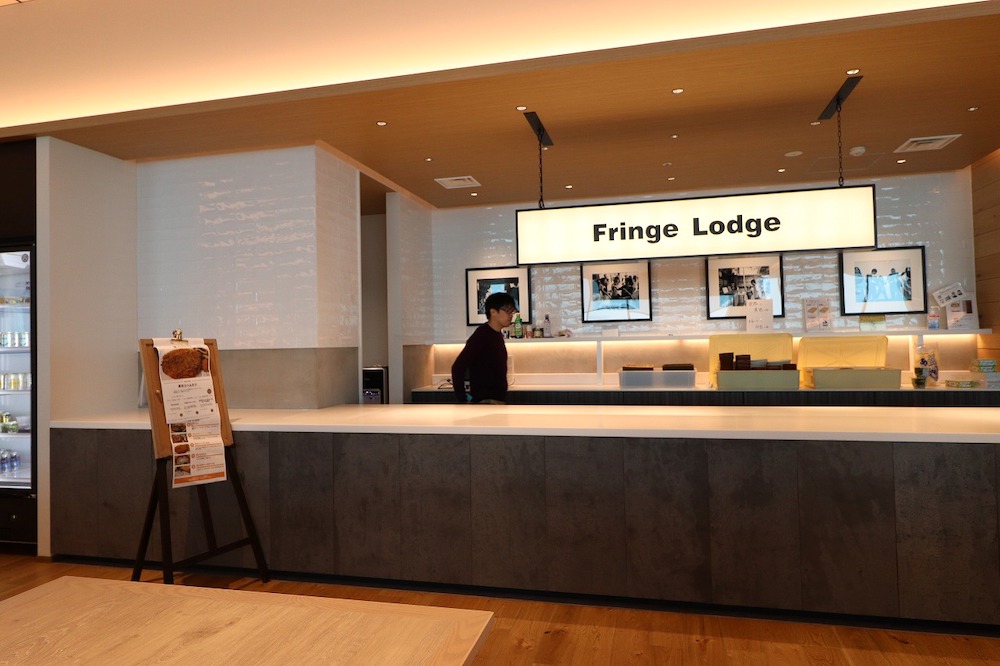 The cafeteria space next to the president’s desk. At first, there was no refrigerator (though now slightly visible to the left), but with the increase in staff, the feedback of “it would be nice to have something to drink at the company” came about. 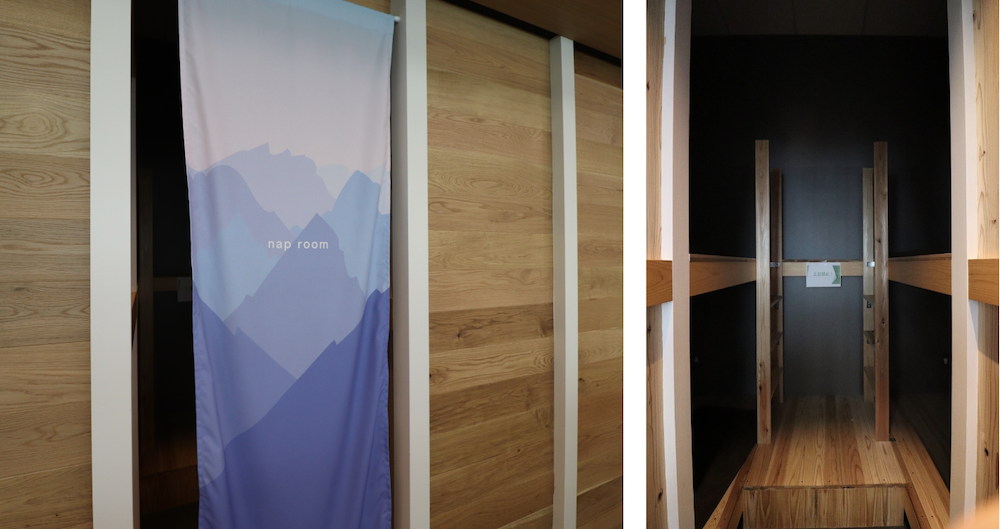 The new office also has a nap space. Employees are free to take power naps when they need a boost.

The Office of Fringe81, which reflects the richness of the working environment and corporate culture, is still only a score of about 30 points according to Tanaka. The reason being: he still sees great potential for the next office.

The web that the company provides as a service is changing day by day, but the facility itself cannot be changed easily. However, to have an office that mirrors the management and business strategy styles, the office itself needs to be reborn. That’s the reason Tanaka says he has the desire to break up the office and create new ones. I would like to continue to see how this office, with such great potential, continues to change day by day.