How COVID-19 led Japanese companies to move to rural areas

Since last year, there has been a lot of interest in Japanese companies moving their headquarters from Tokyo to local areas. This was triggered by the news that Pasona Group, a major Japanese recruitment company, moved part of its headquarters to Awaji Island (an island in the Seto Inland Sea, connected by a bridge to Kobe) in September 2020. It attracted a lot of attention due to the company’s recognisable name in Japan, the significance of moving from the heart of the city to an island, and for the fact that the decision was ultimately made in response to the pandemic.

The following are some of the large companies that announced the relocation of their headquarters from Tokyo to local areas during the pandemic. All of these relocations were driven by situational changes, including the effort to combat COVID-19 and the spread of remote work.

The concentration of corporations in Tokyo has been a problem for some time. The Japanese government has made various efforts to address the problem with little result. However, COVID-19 is changing this.

Will the relocation of headquarters to local areas become a lasting trend among Japanese companies in the future, or will it end up being a temporary boom? In this article, after first reviewing the Japanese government’s assistive policies and the benefits of relocating to local areas, we will explore future developments based on case studies of companies that have already relocated their headquarters.

What is the result of the “Tax Incentives for Strengthening Local Business Facilities” established by the Japanese government?

Let’s explore why the clustering of companies in Tokyo is considered to be a problem in Japan in the first place. One reason is that it poses a significant risk in the event of a natural disaster. Another is that it hinders the development of local economies, which the government has been working toward since 2014 to curb the decline in the population of rural areas and increase the vitality of Japan as a whole.

According to a survey conducted by Teikoku Databank, Japan’s largest credit research company, 312 companies moved into the Tokyo metropolitan area (Tokyo, Saitama, Chiba, and Kanagawa prefectures) in 2019, while 246 companies moved out of the Tokyo metropolitan area, marking the ninth consecutive year of excessive in-migration. However, this trend of an excessive in-flow of migration is wavering due to the pandemic.

Why do so many companies choose to have their headquarters in Tokyo? According to a survey conducted by Japan’s Ministry of Land, Infrastructure, Transport and Tourism (MLIT) in August and September 2020 (389 responses; respondents could check all answers that apply), the following were the top reasons for having headquarters in Tokyo.

In other words, the merits of Japanese companies having their headquarters in Tokyo can be summarized in three points: proximity to clients, the large market, and advantages in hiring. On the flip side, these merits can also be seen as the demerits of relocating to local areas. The survey also asked about “concerns when considering relocating headquarters” and the responses were as follows (144 responses; respondents could check all answers that apply):

Again, recruitment and business connections were cited as concerns, with some companies also citing relocation costs as an issue. So, what are the benefits of relocating to a local area? It boils down to the following four points.

Prior to COVID-19, Japanese companies believed that when they weighed the advantages and disadvantages of relocating to a local area, the disadvantages greatly outweighed the advantages. However, this balance is beginning to change. With the spread of remote work and the ability to conduct business online, the need to commute to the office every day is disappearing. While the benefits of being in Tokyo are diminishing, the benefits of relocating to local areas are being reconsidered. 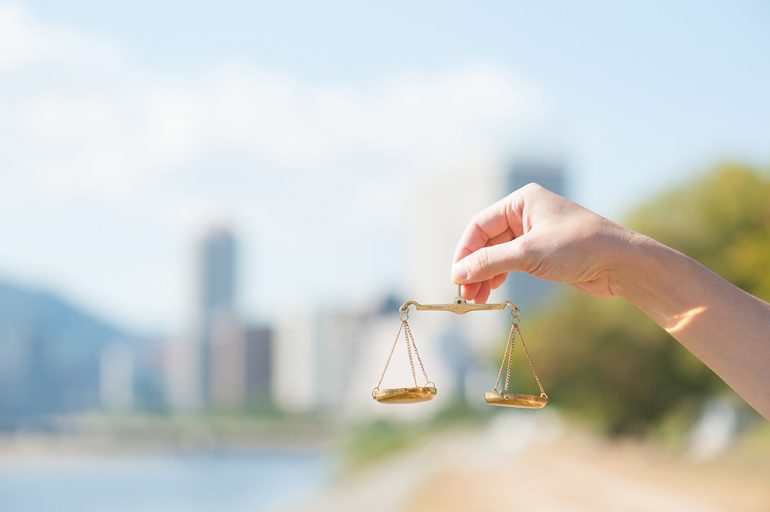 Why did certain companies decide to relocate to local areas? The following are three cases among the companies introduced at the beginning of this article.

Since September 2020, Pasona Group has begun a phased relocation of its corporate functions that were previously conducted in Tokyo. These functions, which include corporate planning, human resources, and finance and accounting, are being moved to a site on Hyogo Prefecture’s Awaji Island. The registered head office will remain in Tokyo, but approximately 1,200 employees are scheduled to move their workplaces to Awaji Island by the end of FY2023.

In an interview with The Nikkei, the company said that their motivation to relocate was a sense of urgency over the concentration of businesses in Tokyo. The collapse of the Lehman Brothers and the Great East Japan Earthquake made them keenly aware of the risks, with COVID-19 being the decisive factor. Another element was that they had fully implemented remote work and found that there was no problem with online internal and external communication.

They chose Awaji Island as the new site because they originally had a business base there. The relocation of their corporate functions will also be a plus for the company, as employees will be able to promote regional revitalization projects such as agricultural recruitment development and theme park operations. Their office rent will be about one-tenth of that in Tokyo, and the cost-benefit will likely be great even after deducting relocation costs.

The company also believes it would be beneficial to provide employees with a better lifestyle, one free from the long commute by train and instead surrounded by nature, where they can live more freely. They also plan to support a variety of work styles, such as living in two areas or having side jobs.

In October 2020, Japanese craft beer business Far Yeast Brewing Company relocated its corporate headquarters from Shibuya Ward in Tokyo to Kosuge-mura in Yamanashi Prefecture, where the brewery is located. Kosuge-mura is a village rich in nature, located two to three hours southwest of Tokyo. The decision to relocate was based in part on the fact that the rapid shift to remote work during the pandemic did not reduce employee performance, and in fact improved employee efficiency.

The company is also focusing on regional revitalization efforts. For example, it created a beer made with locally-produced peaches and plums for their “Yamanashi Support Project,” which launched in July 2020. The relocation will also lead to the employment of local residents, and it is likely to continue to deepen their relationship with the region in the future.

In addition, the relocation has had an unexpected effect on recruitment. The ability to brew beer in a natural environment in the countryside enticed two American brewers to join the company. This provides a good example of how the advantages of relocating to a local area can be utilized in recruitment.

In July 2020, Lupicia, a major Japanese tea seller, relocated its headquarters from Shibuya Ward in Tokyo to Niseko-cho, a popular ski resort in Hokkaido. They ultimately made the decision after considering the risks posed by COVID-19 of having centralized operations in Tokyo, as well as the fact that remote work allows people to work from anywhere.

Hiroki Mizuguchi, chairman and president of the company, said in the Hokkaido Development Association’s “Kaihatsu Kouhou Marché Nord” publication that AI was also one of the reasons for his decision to move the headquarters. He feels that as AI becomes more widespread, humans will not be able to contribute unless they are creating. He chose the town of Niseko, which has abundant nature, because he believes that the best place to create is in nature.

Unlike Tokyo, in local areas where there are not as many companies, local governments are more likely to provide support. In fact, Lupicia seems to have established a symbiotic relationship with Niseko-cho.

Are changes in the business environment moving companies from Tokyo?

The three cases above show how the predominance of Tokyo as a business hub is shifting, at least among some Japanese companies. The pandemic has once again highlighted the business risks of Tokyo’s centralization.

It is also interesting to note that the conventional perception in Japan that rural areas are disadvantageous in terms of hiring does not apply to all companies. In some cases, such as the Far Yeast Brewing Company, success can be attributed to the location. It was often thought that there were many challenges to relocating to a regional area, but in fact, the barriers to relocate may have been low even before the pandemic.

However, the number of companies in Tokyo that are considering relocating to local regions is still low, and it is unclear if we will see the same trend in corporate relocation as in demographics.

The MLIT survey mentioned previously also asked companies specifically considering relocating their headquarters about where they would like to relocate to (71 responses, respondents could check all answers that apply). The results showed that the most popular was the 23 wards of Tokyo (73%), followed by Saitama, Chiba, and Kanagawa prefectures (21%), and Tokyo outside the 23 wards (17%). The Kanto suburbs (6%), Nagoya area (3%), Osaka area (1%), and other local areas (4%) were the least popular. It seems that the majority of companies would prefer to relocate their headquarters within the Tokyo area even amidst the pandemic.

It is uncertain whether there will be an increase in Japanese companies relocating to local areas in the future. It will depend on how much the business environment changes, or how close we return to the pre-COVID status quo.