We have been hearing a lot about “LGBT” in Japan recently, as companies across the board are starting to step up LGBT initiatives. As well as issues such as preventing discrimination and reducing turnover, in the face of recruitment difficulties, some of these initiatives have also been aimed at targeting and improving services for the LGBT market, which is thought to be worth around ¥100 trillion. Others have been prompted by the risk of legal action. 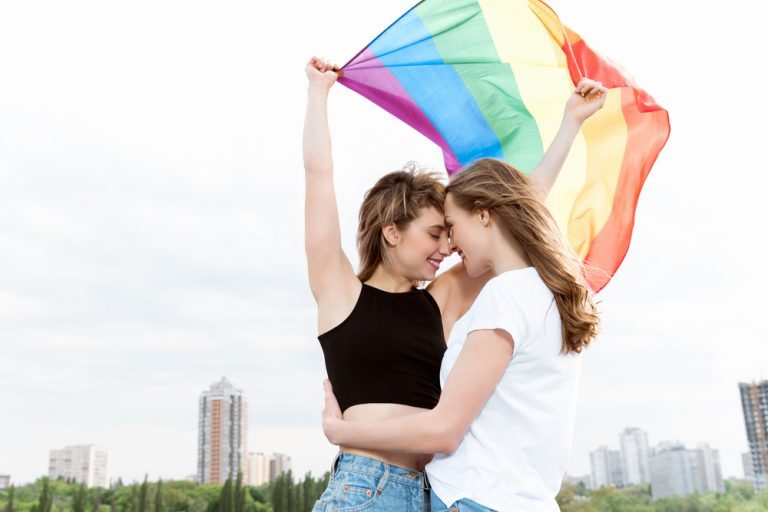 Short for lesbian, gay, bisexual and transgender, LGBT is a general term referring to sexual orientation and gender identity. According to a 2015 survey carried out by Dentsu Diversity Lab, 7.6% of people identify themselves as LGBT, which is equivalent to roughly one in every 13 people. You may think that you don’t know anyone who fits this description, but you might well know someone who is LGBT and just hasn’t “come out” yet.

One recent initiative in Japan emerged on March 24, 2017, when the Tokyo Organizing Committee of the Olympic and Paralympic Games published a Sustainable Sourcing Code, which specifically includes “guaranteeing the rights of sexual minorities (LGBT)” as one of its requirements under human rights.

Not only does Japan have no law in place to prevent discrimination against sexual minorities, but it is the only G7 country that does not grant rights equivalent to marriage to same-sex couples. While discriminatory comments and actions against LGBT employees were included in sexual harassment guidelines for businesses in accordance with the Act on Securing, Etc. of Equal Opportunity and Treatment between Men and Women in Employment on January 1, 2017, Japan still lags behind when it comes to initiatives at the national level.

On the other hand, policies have been introduced recognizing same sex couples by Tokyo local authorities such as Shibuya City and Setagaya City, and in the major city of Sapporo in Hokkaido. Initiatives are becoming increasingly widespread in the private sector too, including the introduction of LGBT insurance policies.

The rate of turnover for LGBT workers is 60.0%. This is higher than the average rate of 51.8%, indicating a lack of stable employment.

*1: According to Yuri Igarashi from NPO Nijiro Diversity, many LGBT people choose employers based on working habits rather than the work itself, frequently opting for professions that involve little face-to-face communication, such as call center staff, system engineers or programmers. They also tend to avoid jobs where the employee’s gender is underlined by their clothing, if required to wear a uniform or suit for instance. As it stands, LGBT workers have a limited amount of freedom when it comes to choosing a job.

The intangible systems at the heart of the issue

When looking into LGBT initiatives, companies may struggle to work out where to start. The top priority however should be to put systems in place.

Unilever Japan runs an LGBT support program called Unilever Pride Japan. This provides a support system that employees can contact anonymously, in much the same way as an internal helpline for issues such as sexual or power harassment.

A prime example of a company that has improved its systems is IBM Japan, which treats same-sex partners in the same way as spouses. As long as they are registered as the employee’s partner in advance, they are covered under welfare benefits and the company’s personnel system. That includes special paid leave, allowances when assigned to a new post, and congratulatory or condolence payments.

At Nomura Securities, LGBT is included in diversity training, for graduate and mid-career recruits, as well as newly appointed managerial staff and employees working at the company’s head office.

Toilets present a major hurdle for transgender people, who identify as a different gender from gender they were born. Survey results indicate that one in four transgender individuals has suffered from health issues such as cystitis, diarrhea or incontinence as a result of avoiding going to the toilet and related stress. Around 65% said that they had experienced difficulties and stress in relation to using the toilet in their place of work or study. 16.5% of LGB individuals also responded that they had experienced such difficulties and stress, most commonly due to other people staring.

Much like schools, offices exist somewhere in between public and private spaces. Unlike being a in a public place, you tend to see people whose name and face you know when going to the toilet in your office. As a result, some people use toilets on other floors, or go to a nearby convenience store to use a public toilet. Being able to use the toilet without experiencing stress is obviously a basic human right for anyone. If an employee’s productivity drops significantly because they are worried about going to the toilet, that’s of no benefit to the company either.

Enabling a wider range of options

Recently, we have started to see the introduction of gender-neutral toilets that can be used by anyone. While some welcome this move, such toilets can cause difficulties if they lead to inadvertently “outing” toilet users. What this probably needs is some sort of traffic-based solution so that people can’t tell which toilet someone has used from the entrance or exit.

Putting LGBT on door signs can also be uncomfortable, because it singles people out as being different. As ease or difficulty of use varies from one person to the next, the important thing is to adopt an approach where one option is for anyone to use any toilet. 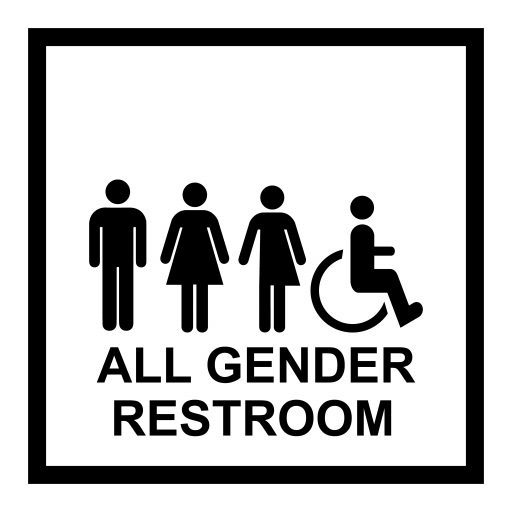 While labelling a toilet as “all gender” makes it clear that anyone can use the toilet, people will inevitably have different impressions.

Other tangible hurdles apart from toilets

Although toilets tend to be regarded as the biggest issue in most offices, some offices also have locker rooms, showers and even baths, depending on the nature of the workplace. In jobs where employees are likely to have sleeping breaks, there may also be male and female sleeping rooms. In workplaces with more than a certain number of workers meanwhile, it may even be necessary to have separate male and female break rooms and facilities. It isn’t enough to merely provide individual rooms however. There is no point unless you also take into consideration how facilities are actually used.

Given that initiatives such as these are only just getting underway, there will be a certain degree of trial and error. There may not even be a right answer. If there is something lacking in terms of either tangible or intangible support however, we will never have workplaces that are suitable for everyone. LGBT initiatives come under diversity issues, and figures are starting to come out that show companies implementing such initiatives are creating better workplaces, not just for LGBT employees, but for everyone. We should all start by acknowledging the presence of LGBT colleagues around us, and by making improvements one step at a time, so that our workplaces are comfortable environments for all those who work there.

*2 Survey of LGBT Issues in the Workplace Environment 2015