Defining workcation, a concept that is rapidly gaining attention in Japan

As a new way of working in the age of COVID-19, “workcation” (also spelled “workation”) is now becoming popular in Japan. It is a combination of the words “work” and “vacation,” and is the practice of vacationing at tourist spots and resorts while also working.

It rapidly gained attention when, after the Environment Agency announced the adoption of a subsidy for projects to promote vacationing in national parks and hot spring resorts in July 2020, Chief Cabinet Secretary Yoshihide Suga (now Prime Minister) said, “The government would like to work on the expansion of this program.”

Although it may seem like the term has suddenly appeared, it is said to have originated in the United States in the 2000s. There are examples of major Japanese companies that have been instituting it for some time.

However, the rate at which Japanese companies are adopting the practice is still low and it remains to be seen how widespread it will be in the future. In this article, we will share the results of a survey on the awareness of workcations in Japan, as well as some examples of companies and local governments that have already implemented workcations. We will also discuss the possibility of its spread in Japan in the future.

Many Japanese Workers Hope to Feel Mentally Refreshed on Workcations

Cross Marketing, a Japanese marketing research firm, conducted a survey on workcations in August 2020 that targeted 4,342 workers living in Japan. According to the survey, while 72.4% of respondents were aware of workcations, only 7.6% of companies had implemented them. This reflects the current situation where awareness of workcations is growing, but implementation has not yet begun. Of the Japanese who knew about workcations, 23.1% said they would like to take one and hope to be able to relax more and go sightseeing.

Nippon Travel Agency, a travel agency, We’ll-Being JAPAN, a company that supports the implementation of telework and workcations; and Ashita no Team, a Japanese HR consulting company, jointly conducted a survey called, “A Survey of Company Employees’ Views and Attitudes Toward Workcations.” It surveyed 332 Japanese employees working at companies with remote work systems in place. In it, 62% of the respondents answered that they are interested in the workcation system. In addition, many respondents said that they expected workcations to improve their productivity by allowing them to refresh, have private time, and spend time with their families.

From these survey results, we can conclude that many Japanese are expecting workcations to provide a mental refresh and that those with remote work experience are more interested in workcations. So, are the companies that have actually implemented workcations achieving the expected results? Let’s take a look at some examples of companies in Japan that have enabled such systems.

Japan Airlines, a Pioneer in Introducing Workcations in Japan

Japan Airlines (JAL) has been a leader in the establishment of workcations, which was first introduced to their system in 2017 as part of its workstyle reformation. In order to spread the system within the company, it has undertaken initiatives such as conducting “experience tours,” having executives take the initiative in booking workcations, and planning camp-workcations. In fact, the number of users increased from 11 in the summer of 2017, to 78 the following year. The total number of users for 2018 reached 174.

In June and July 2020, NTT DATA Institute of Management Consulting, a Japanese consulting company, and JTB Corporation, Japan’s largest travel agency, conducted an experiment to test the effectiveness of workcations. Under the supervision of Professor Akihito Shimazu of Keio University, the goal was to verify the effectiveness of workcations at Kanucha Resort in Okinawa Prefecture. The results showed that work performance increased by 20.7% and work stress decreased by 37.3% during the workcation. These effects lasted for five days after the end of the workcation and were reported to have a positive effect on productivity and physical and mental health.

In addition, although there is an impression that a workcation may lead to a blending of public and private life, the results of the experiment indicated that the separation between work and private life was encouraged. Thus, proper design and execution can dispel any concerns about ambiguous lines.

The Japanese subsidiary of Unilever, one of the world’s largest manufacturers of consumer goods, introduced a unique workcation program called “Chiiki de WAA (Work from Anywhere and Anytime)” in 2019 (a play on words; chiiki de wa means ‘in the region’ in Japanese). This system allows employees to use public facilities as free coworking spaces during their stay at any of the partnering local municipalities.

Chiiki de WAA is a derivative of WAA, which was launched in 2016 and allows employees to choose where and when to work. The company has seen an increase in productivity and contentment through the use of this initiative.

Based on the success of WAA, Chiiki de WAA is expected to further increase the workplace options for employees. In addition to working in free coworking spaces, employees can participate in local events and activities outside of work hours. They can also receive free or discounted accommodation at affiliated lodging facilities by engaging in government-designated activities related to solving local issues.

As of February 2020, the partner municipalities are located in seven areas across Japan from north to south. Employees who have participated have commented that they were “able to concentrate on their work in a resort-like setting.”

Like Unilever Japan, JAL started off by making it possible for employees to work outside of their homes and introduced workcations as an extension of that. If COVID-19 has allowed companies to lay the groundwork for telework, they may be able to find a way to expand the workplace beyond the home.

Both JAL and Unilever Japan are using co-working spaces operated by local governments as places to work while on vacation.

Many local governments have been focusing on adopting workcationers for a long time because it brings advantages such as increasing employment, migration, tourism, and other regional revitalization. As such, 65 local governments working to promote workcations gathered to establish the Workation Alliance Japan in November 2019. 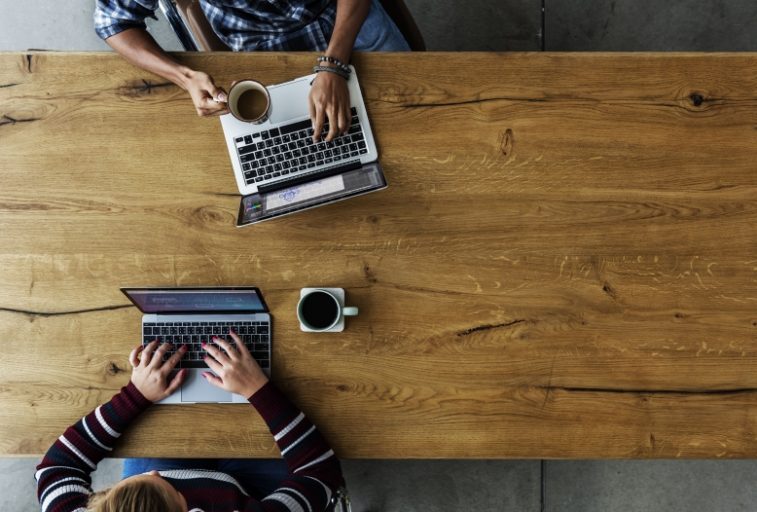 Satellite offices, which have been the focus of several of Wakayama prefecture’s local municipalities for some time, have laid the groundwork for the prefecture’s initiatives. Among them is Shirahama-cho, a well-known tourist destination. It is regarded as a successful example of attracting corporate satellite offices, especially those of ICT companies.

As of September 2018, 14 companies have set up satellite offices in facilities operated by Shirahama-cho. This includes salesforce.com and NEC Solution Innovators, a Japanese company that provides system solutions.

In addition to the employees of Tokyo-based companies using satellite offices as workcation spaces, there is also an increasing number of companies or individuals who are using working spaces and accommodations with full remote-work capabilities.

Japan’s Ministry of the Environment has now selected about 500 projects to subsidize. As of October 22, 2020, the member municipalities of the Workation Alliance Japan numbered 123. If know-how is shared among local governments, it is highly likely that they will quickly be able to develop workcation-friendly systems.

Workcations are expected to become more popular depending on the environment

The results of the survey have shown that many Japanese workers expect workcations to have a positive impact on their work and personal lives by providing them with a mental refresh. Further, several case studies have shown that companies with workcation systems have had the expected outcomes. And, the results of the experiment have confirmed that workcations have positive effects on physical and mental health, as well as productivity.

In addition to the examples introduced in this article, there are many other instances of public-private partnerships in Japan. The business community is beginning to put more effort into workcations, with the Japan Business Federation (Keidanren) signing a memorandum with the Workation Alliance Japan and the Japan Travel and Tourism Association on the implementation of model projects to promote workcations. As the number of people considering moving increases due to the pandemic, there has been an increase in subsidies for remote working travelers. With that, we can expect that workcations will be used as a gateway to domestic migration.

Remote work, which is the basis for workcations, has been spreading in Japan due to the pandemic. If a concrete image of a workcation system is agreed upon, the willingness to implement it will increase.

There are still lingering concerns around information security and employee attendance. However, with the right system development and know-how in place, there is a high likelihood that workcations will spread among Japanese workers in the next few years.