Telework, or remote work, is being promoted worldwide because of the concern of the spread of the new coronavirus infection COVID-19. With the focus on individual initiatives such as reducing commuting time and achieving work-life balance, it is no exaggeration to say that the ideal of an office where workers were gathering together is now being reconsidered.

Academics said that “non-verbal communication” is a key factor in encouraging companies to gather workers in an office to work together despite the era of working anywhere. This time, I spoke to Dr. Shogo Tanaka, a professor at the Center for Liberal Arts at Tokai University in Japan, about the impact of non-verbal communication on us.

Non-verbal communication, such as gestures and facial expressions, impacts the “atmosphere” of a place; not just words

Intercorporeality – a phenomenon in which gestures and words are synchronized, such as involuntarily smiles or yawns being transmitted, in a setting where people meet face to face. “In a situation where intercorporeality is expressed, listeners and speakers often feel that they can communicate subjectively,” says Tanaka. A detailed analysis of the images of the conversation scene shows that when people feel that they can communicate with each other, the synchronization is remarkable, and there is a correlation between the subjective feelings of the participants and intercorporeality. Language is an important element in our communication, but it is said that the body has a great influence on whether we can communicate smoothly with the person we are facing, in other words, it is the “atmosphere” of the place that affects communication.

“Not only words, but the ‘atmosphere’ of the place set by body language, facial expressions, and gestures interact with each other and influence communication. They are greatly related to the environment and setting around the location, and they give us hints to think about the design and layout of the space,” says Tanaka. Generally, we respond positively each time with sensitivity, both to people and to space.

Mr. Tanaka examines the aspect of non-verbal communication that is not visible to the naked eye through daily recordings. However, this output is academically difficult to convey as a visual presentation. It is common for researchers in the United States to provide a case study using something like counseling so that they can be understood as a real experience. N/A DOES NOT SYNC WELL

But when meeting with four people in an office, even if only one person participates by phone from a separate room, it is said that those who have more physical information tend to contribute to smooth communication at the meta-level. Existing together and socializing are also a part of the “atmosphere” of a place. In intercorporeality, the fact that the body is in the same place is a very important factor, and the circulation of how one’s body reacts when the other’s body is seen, or, conversely, how the other person reacts when one’s body moves, forms the “atmosphere” of the place.

In that respect, what is transmitted by a video camera such as with a teleconference is dependent on visuals, thus certain information is cut off because the other senses besides the visual (smell, touch, etc.) cannot be used. Human perception via the senses is important for the brain to integrate information obtained. Therefore, no matter how much visual information is available, a bias is formed when creating an impression of another person because the visual input is the only sense inputting information in the brain. The way in which the person expresses their feelings and personality, for example, in a handwritten document rather than an e-mail, is more likely to deepen communication and encourage mutual understanding.

However, “what to share with the other person” is the key to determining the right way to communicate.

Conversely, it is possible to talk deeply because it is a telephone. In other words, the whole body does not necessarily have to be projected visually, and that reason is unknown. Depending on the content of the conversation, e-mail may be easier to convey. The content to be communicated is important, but there are some things to note depending on the means of communication or media. If the logic is laid out clearly and you are trying to make a decision, teleconferencing is quicker. At the same time, teleconferencing will remain difficult if the feeling that led to the conclusion of the project is echoed or not.

“Depending on what you want to share, it’s wise to consider how people connect with each other,” Tanaka suggests. In other words, depending on the purpose of communication, the means will change, and it is important to choose the means to match it. That’s exactly why everyone has had the experience of it being easier for people to communicate by email than talking on the phone. If you want to convey clear information, it is important to use the e-mail, and if you want to proceed while asking the state of the other party, a phone call is better.

“Sharing culture” is required to activate communication among multiple people

The value of an office is exhibited as a place where one can communicate via the body to share the atmosphere, and as a place where you can choose a communication method different from phone or email according to the purpose of the conversation. Furthermore, according to Tanaka, in order to activate communication in a physical environment such as an office where multiple people can easily converse, it is necessary to “share culture” which is important in recent office building design. Behind that is the concept of “communication as a system.”

“When people gather together, communication begins to function as a system, and with one intention, the place becomes unstable. To make the system work well is to improve the connection between the systems.” Even with recent work style reforms setting the background for a new standard and the way of working is personalized, such as coworking and telework, the office itself is considered to be the best place to work. However, the office is considered to be indispensable as the context for the smooth functioning of the system, in other words, as a “place” to “understand and practice the culture of the community.”

The pursuit of an office which is defined by the idea of work efficiency as productivity is shifting. Rather, sharing a “culture” is the begining of creating new tasks and ideas. If you are working alone, you may not. To put it another way, gathering multiple people and sharing seemingly useless time leads to the emergence of new ideas. The interesting thing about the system is that it allows people to come together and create something that cannot be created by themselves. Rather than adding quantitative value to a strong company, it is possible to increase the productivity of the community by creating new ideas and jobs in a team from within. Rather than just looking at technical skills, it is important to share the culture that is responsible for creating the atmosphere. 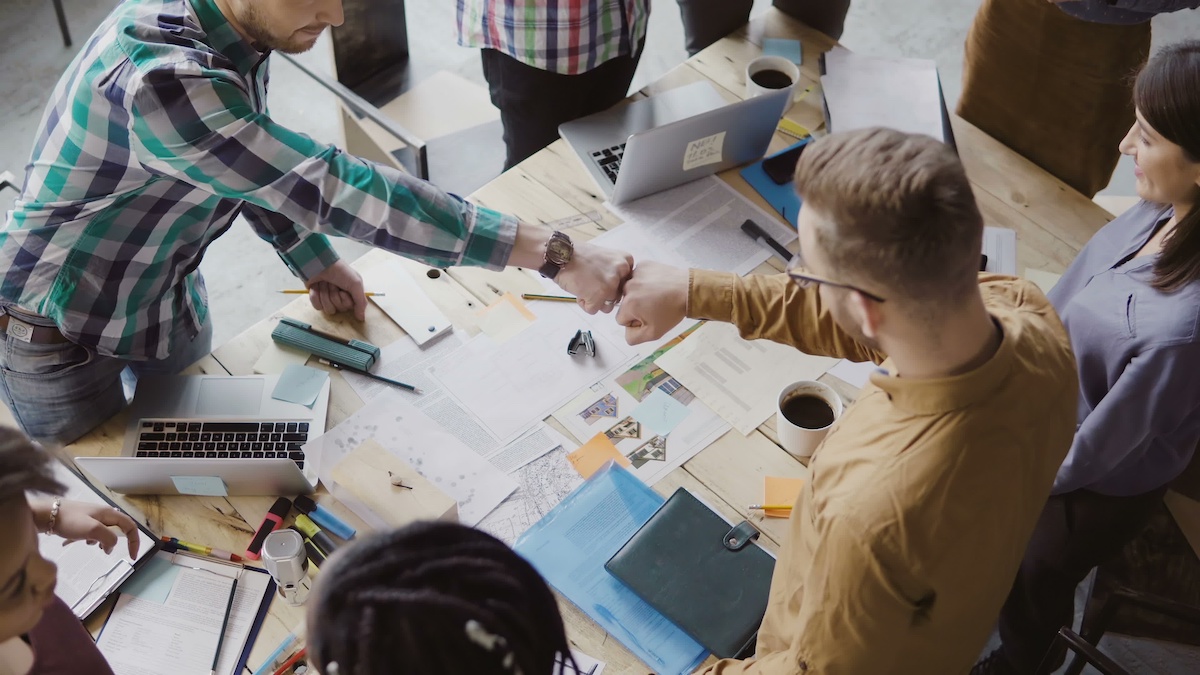 However, it should be noted that the ideal office will also change depending on what you want to create. Even if something is attractive, it’s meaningless if you don’t get to the core of it. Some say that successful organizations are based on whether their division of labor works consistently at a higher level. The gathering of people with different ideas is one of the strengths of an organization, but in order for both the idea of productivity and creativity to come true, it is important for each person to have a different way of thinking and to share the culture that comes from it. A common understanding of different cultures and different ways of thinking will synergize teams to achieve both productivity and creativity.

For that same reason, the significance of the physical office that shares culture and values ​​will not change even if the way of working becomes more personalized. Nonetheless, there are many organizations that are committed to creating this foundation. In that, there are businesses of Human Resource Development that exist on the principle of the office fostering better atmosphere. The office is an easy place to absorb the company philosophies, promote collaboration among employees, facilitate mutual understanding, and share culture. Because the office is where people only of the same organization can gather, it will contribute to the creation of offices in accordance with the phase of corporate culture and purpose.

If a company uses the previous office of a different company to fit its model of business, it will fail to reach its potential. “It’s just a workshop and as a company, it’s more or less a suicide mission. Even if the contents and/or the company changes, it may be functional in the sense that the processes and parts are the same; but it does not create its own corporate culture. There is no unique thing that is created which every company should be able to organically produced,” states Tanaka.

In order to create an office that activates communication, it seems essential to select an office according to the phase of the company and create it according to its own specifications – whether in person or virtually. There is no one standard. Just as a growing child changes his clothes to fit his size and tastes, companies must continue with the same mindset of growth and versatility.