Seth Hanley Interview #3: Remote work is a reality but the office will survive

This is part 3 of our interview with Seth Hanley, Principal and Creative Designer at Design Blitz. Following on from Part 2, which focused on the company’s research powers, the last article is aimed at corporations wanting to reform working styles through office design, and discusses the relationship between future working styles and the office.

The office where employees are proactive users

Employees in traditional companies often work as if they are worried about how others perceive them. I think many corporations in Japan have similar problems. To facilitate new working styles, we try to incorporate rest areas, game rooms, and other spaces in the office. However, working style reform is a lot more difficult if there is already a climate of dissatisfaction where people worry that such spaces will make employees lazy, or that employees using the game room are not pulling their weight.

If a table tennis table is placed in front of the boss’s office, or near the boss’s desk, you probably think that no one would feel like playing to relax. Nobody would play even if it were installed right in the middle of the office. However, securing such spaces sends out strong messages from the company. It says that the office needs places for relaxation; that the company is investing in the office so that employees will be able to relax at work; and that the company wants employees to make good use of the space. Employees will understand the intention and be smart about using the spaces.

Basically, employees feel strongly about making use of the things that the company provides, stuff in the office, benefit packages, and other things that are in their own interest. Even when a corporation is experimenting with something new, employees will be very willing to give it a try as long as it is installed in a suitable place. As a matter of fact, many clients have come back to us with positive feedback about the designs saying that they have observed a broader range of working styles across the whole company.

I have heard that in Japan employees take clients to dinner after office hours and that this is where they complete negotiations and move conversations forward. This is a scenario that reminds me of the cafés in the San Francisco Bay Area. They are good examples of how work gets done outside the office.

New technologies develop every day and when they are incorporated into the familiar work environment, the office will have as many raison d’êtres and functions as there are numbers of employees. One employee may see the office as the place where they catch up on all their work, but for another employee, it is the place where they carry out specific tasks and hold meetings. I am sure there will also be employees who use the office when they really need to concentrate.

I often work at a café across the street from our design studio because I like to focus on my own work while surrounded by people. From the viewpoint of improving working styles, we try to encourage people to work in a place and at a time that suits them based on their own free volition. Even if you work for a corporation, you are no longer confined to the company building.

Related article: The introduction of ABW starts with Hack

MBW sounds like a new term, but it is actually quite simple. The point is to work in any place where you feel that you are at your most productive at a particular time. Mood-based working is when I go to a café where there are other people around me while other employees work in a private booth when they want to concentrate. 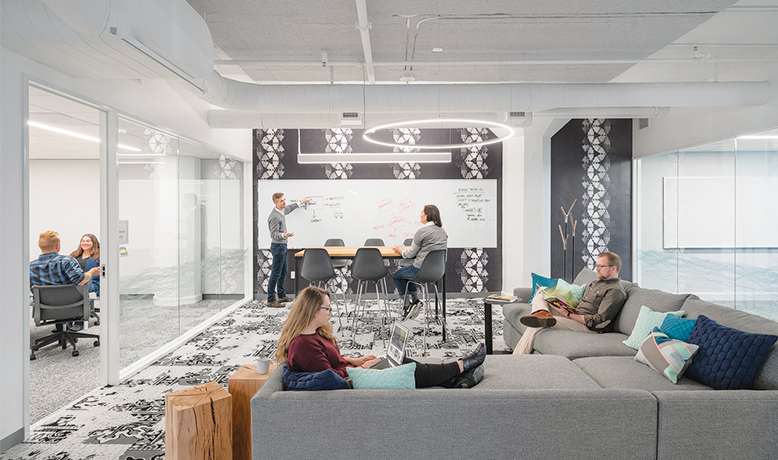 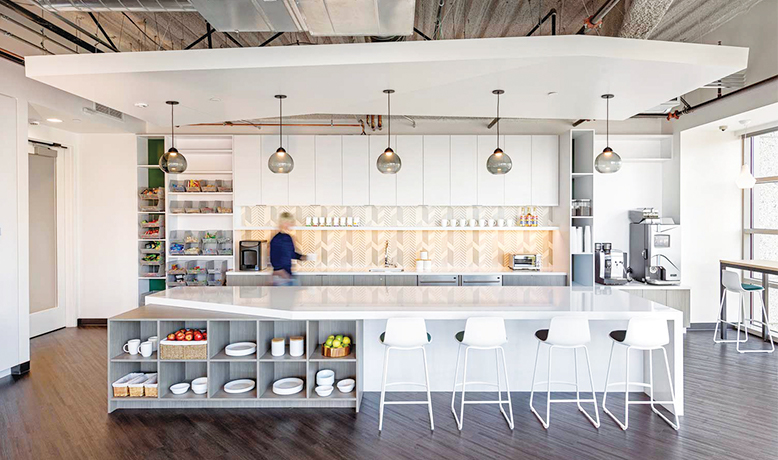 The Microsoft 1355 office in San Francisco

These days people are drifting away from the office due to the working style reforms, so what will be the value of the office in the future?

Everyone has a sense of place. It is where you feel that “this is my place.” This is the one among all the other favorite places, or specific situations and scenarios. I think that the office will become one of the places where employees experience this sense of place.

The workplace is not only the place that houses the tools that support your job, but it is also the place where you can collaborate with colleagues. I think it will be necessary to create a sense that the office is the environment where people are able to do their best work. We will probably see a shift to the virtual office, but there is still no replacement for the place where employees can interact directly with their peers. Collaboration will be particularly vital in the future so the office will remain an important place in our daily lives. The value of the office as a place that generates creativity will not change.

Some corporations no longer need offices. One example is Automattic, which operates the WordPress blog platform and other online services. Automattic has built a somewhat special organization where they hire the best people in different regions around the world with all employees working remotely in their favorite locations. The company had a two-storey space called the Automattic Lounge in the SoMa district of San Francisco where employees could get together anytime, but in June this year they announced that the space would close, so it seems that they have decided to shift to remote work across the board.

What kind of collaboration is expected of employees, and in what kind of environment do the employees themselves want to work? Depending on the answers, I think it is likely that some companies will decide not to keep the office as a workplace. 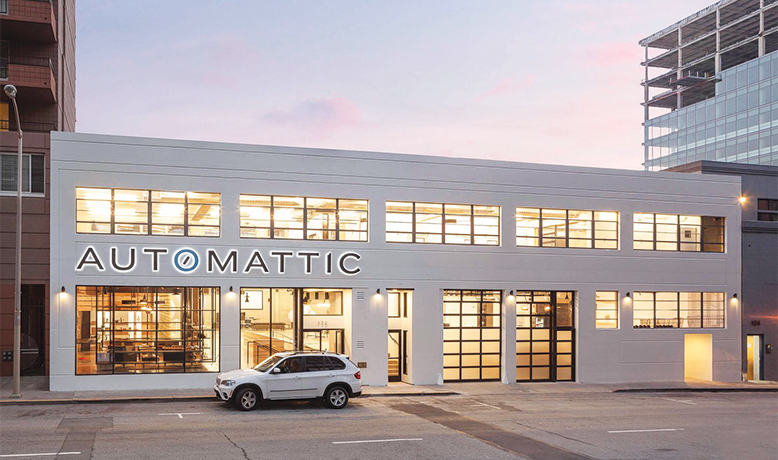 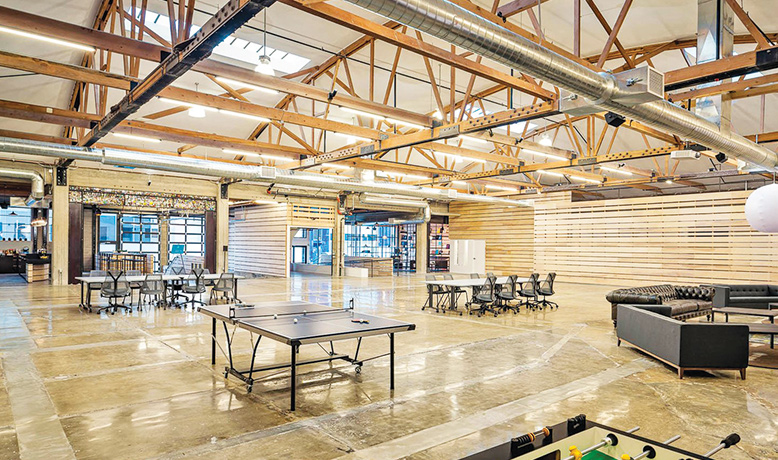 The Automattic Lounge shortly before closure (* the design and architecture is not by Design Blitz but another architecture studio). Apparently, only about five employees a day use the roughly 1320 square meter space.

However, based on my own experience, I would say that the word collaboration has a strong physical connotation. People talk a lot about how offices will disappear in the future because of advances in technology and the impact of remote working, but I think the reverse is true. As a place that generates direct exchanges between people, the office will survive for the sake of both the company and the employees.

Specifically, corporations that have tackled working style reform in the past are now working harder than ever to get employees to return to the office. Companies incorporate remote work and ABW in order to find excellent staff and to improve employee productivity, but it turns out that many good ideas are generated in places where there are lots of natural exchanges between employees, and the office is the best place to make this happen. Companies promote diverse working styles and provide relaxation rooms and coffee bars in-house, but they actually want employees to stay in the office.

For employees, the world of the future will be one where it is easy to work anywhere and where corporate offices will be more comfortable. It is possible that people will spend less time in the office than they do now, but office design is about more than time spent in the office—it enriches the lives of employees.